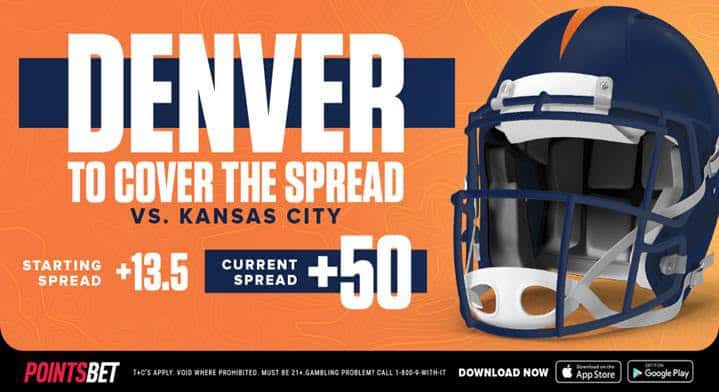 Now consider the fact that PointsBet Sportsbook is willing to give all users in Colorado the Denver Broncos at +50 against the Kansas City Chiefs on Sunday Night Football in Week 13.

The odds are very, very much in your favor, given that in more than 10 seasons worth of football, a team has only lost by more than 50 points three times. It would seem like this is a good investment, right? Broncos +50 against the Chiefs?

Oh, and this is also an even money wager. It is Broncos +50 at +100, which means that you are going to double your money when Denver covers the boosted spread. Sure, the maximum bet is just $20, but it is a free $20. If you saw a $20 bill lying on the ground, would you bend over to pick it up?

This is even easier than doing that. There is no chance of tweaking your back and complaining about it for a week.

If you don’t have a PointsBet account, now is the time to sign up for one. There are two Welcome Bonus options for you if you sign up through ATS.

DEPOSIT MATCH BONUS UP TO $250

That’s all it takes. You’ll also be able to get some other Colorado-specific promotions, like the best spread and money line odds on all Broncos, Colorado Buffaloes, Colorado State Rams, and Air Force Falcons games.

PointsBet USA is headquartered in Downtown Denver, so there are always special offers in Colorado from PointsBet.

Take our word for it. Now is the time to sign up at PointsBet Sportsbook.

BET THE BRONCOS +50 THIS WEEKEND AT POINTSBET SPORTSBOOK 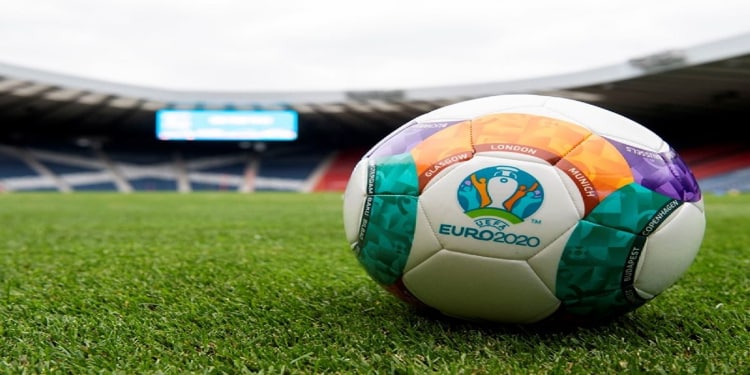