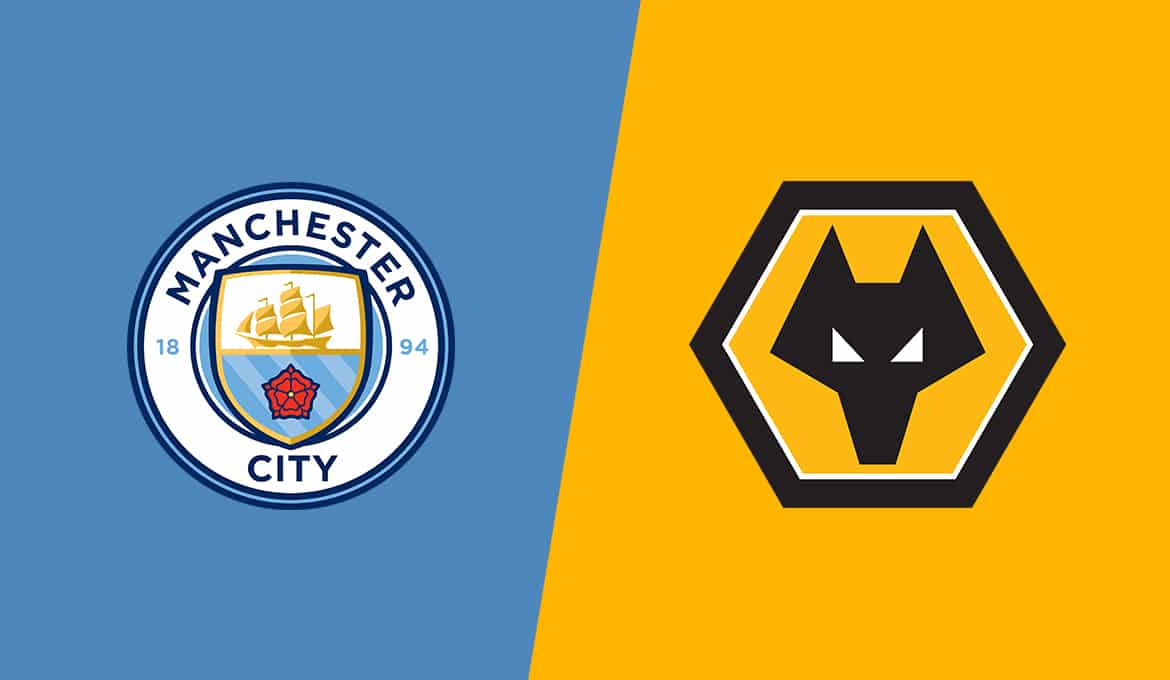 Week 2 of the 2020-21 English Premier League season will close down Monday, September 21, with a couple of games on the schedule including the marquee showdown between Wolves and Manchester City.

After a rather disappointing 2019-20 season, the Citizens want to win everything they can this term. However, the Wanderers are always a tough rival to beat when playing at home, so we’ll see a great game at Molineux Stadium.

The Premier League betting action has just started, so here’s the best betting pick for the Wolves versus Manchester City showdown Monday with the kick-off at 3:15 PM ET.

The Wanderers opened the new season with a convincing 2-0 road victory over Sheffield United. They scored twice in the first six minutes and easily preserved a two-goal lead for the rest of the game. However, the Wanderers suffered a surprising 1-0 home loss to the second-tier side Stoke this past Thursday and exited in the first round of the EFL Cup.

Striker Raul Jimenez scored once in Week 1 and will lead the Wanderers’ frontline Monday. He scored 27 goals in 55 games last season. Joao Moutinho will be a key guy in the middle of the park, and the 32-year-old playmaker tallied 13 assists last season.

The Wanderers sold Diogo Jota last week, and the 23-year-old forward was one of their best players in the previous campaign with 16 goals and six dishes on his tally. The right-back Matt Doherty also left the club to join Tottenham, so the Wanderers will need some time to gel the things.

The Citizens’ opening contest of the season has been postponed, so they’ve got some extra time to prepare for Week 2 clash against the Wanderers. We should see Pep Guardiola’s best eleven excluding the injured striker Sergio Aguero, who scored 23 goals in 32 appearances last season.

Gabriel Jesus will lead the Citizens’ frontline, and the 22-year-old striker scored 23 goals last season, too, but he had 53 appearances in all competitions. Forward Raheem Sterling led the way with 31 goals and 10 assists this past regular season, and he’ll be the biggest threat for Wolves’ defense along with playmaker Kevin De Bruyne, who had 23 assists last year.

The Wanderers looked like a well-oiled machine last season, but they will miss Diogo Jota and Matt Doherty a lot. As I’ve mentioned, they might need some time to get along with a few new players in the starting eleven, but I’m sure the Wanderers will take a defensive approach Monday.

That’s why I think the Citizens will control the game in the midfield and push forward in numbers. They have so many dangerous players capable of making big plays, and the hosts will have a tall task to keep their net intact.

Wolves conceded only four goals in their last 11 outings at home. Their defense has been rock solid, so I’m going with Manchester City at the moneyline odds. I know -200 doesn’t look tempting at all, but that seems like the best move here.

If you want greater wages, take the Citizens to win and score two or more goals.

The Pick: Manchester City to Win at -200