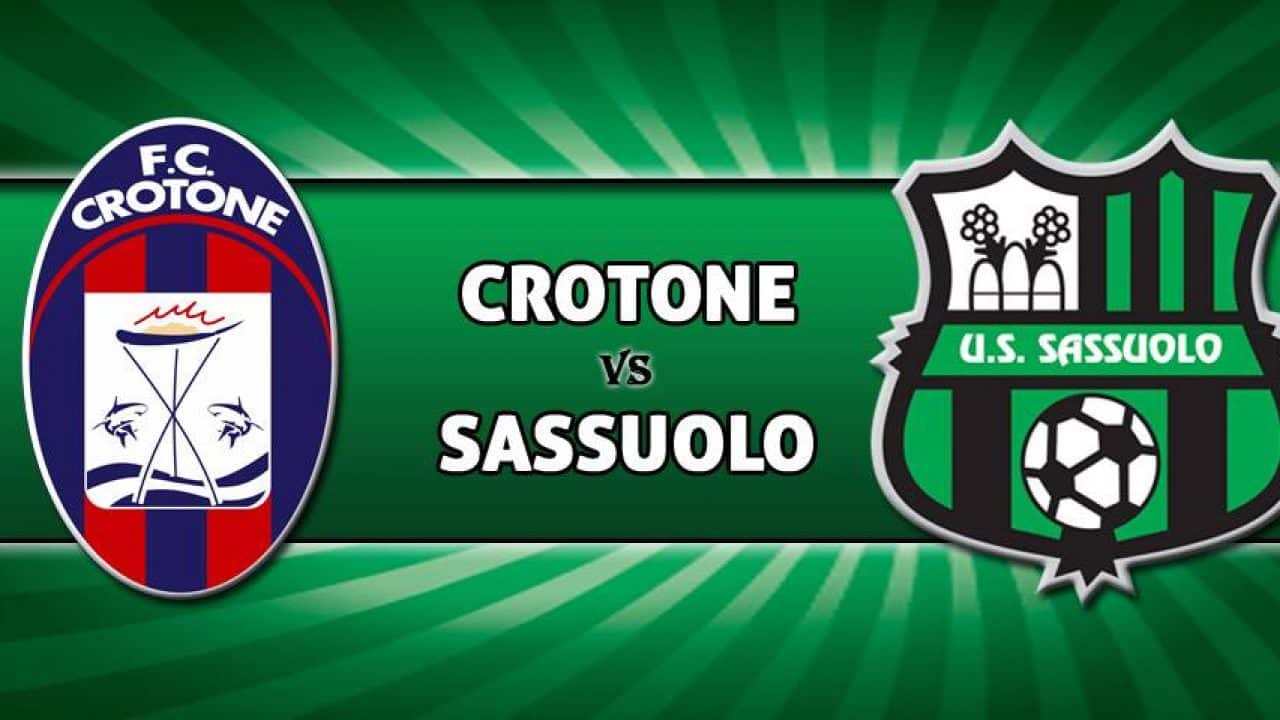 The 2020-21 Italian Serie A betting continues with Week 3 matchups on Saturday, October 3, and we’ll see a very interesting clash at Mapei Stadium in Reggio Emilia where Sassuolo host Crotone.

Sassuolo is playing its eighth straight Serie A season, and the Black and Greens are slowly becoming a respectable name in the Italian soccer. On the other side, the Pythagoreans returned to the top flight after two years in Serie B, and this is Crotone’s third Serie A campaign in the club’s history.

The Black and Greens finished the previous season at the eighth spot of the Serie A standings, winning 14 of their 38 games along with nine draws and 15 losses. They played some attacking soccer and recorded a 69:63 goal difference, and only five teams scored more than Sassuolo.

At the start of the new season, Sassuolo earned a 1-1 draw against Cagliari at home. Last weekend, they put on a show against the newcomers Spezia and won 4-1 as -145 road favorites while scoring three more goals that were disallowed by the Video Assistant Referees.

Five different players netted for Sassuolo through the first two weeks including the 33-year-old striker Francesco Caputo who also had a couple of assists. The Black and Greens sold three important first-team players in the offseason, so the head coach Roberto De Zerbi will need some time to gel the things.

The Pythagoreans lost both their games at the start of the 2020-21 Serie A season. They opened with a tough 4-1 defeat at Genoa, surrendering four goals on just 10 shots. Last week, they lost to Milan 2-0 as +120 dogs to stay unbeaten, and the Pythagoreans took only one shot on target against the former European champions.

The 30-year-old striker Emmanuel Riviere has bagged the only goal for Crotone this term. Another striker, the 28-year-old Nigerian international Simy, led the way for Crotone last season with 20 goals in 37 Serie B appearances.

The Pythagoreans kept their best players in the offseason, but they will have a mountain to climb this season, playing in the Serie A. Crotone is a huge fave to return to the second tier at the end of the season.

Three years ago, these two teams met each other in two Serie A games, and each side won at home. Sassuolo beat the Pythagoreans 2-1 at home but lost 4-1 at Crotone. Interestingly, Sassuolo won six straight home encounters with Crotone, allowing one goal in each of the previous three.

Therefore, I’m backing both teams to find the net at -133 odds. Sassuolo should win this game, but the odds are not tempting at all. On the other side, the visitors will be fired up to earn their first point, and I think they need to score to get anything from this clash.

As I’ve mentioned, Sassuolo prefers an attacking approach, but that means the hosts will leave a lot of room for dangerous counter-attacks.