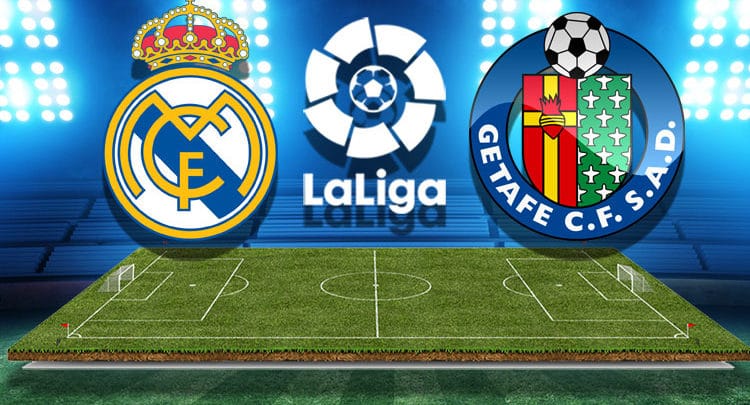 A big top five La Liga battle is on the schedule for Thursday, July 2, 2020, when Real Madrid hosts Getafe. Real Madrid are looking to stay atop the La Liga title, while Getafe are looking to get into the Champions League positions. This game will air live on beIN SPORTS at 4:00 p.m. EST.

Getafe sit in fifth place, with 52 points, and are in the middle of an extremely tight table. Getafe trail Sevilla by two points for the final Champions League spot and are just six points ahead of Valencia from being out of European competition next season.

Below is my pick for the La Liga action between Real Madrid and Getafe. All odds are from BetMGM Sportsbook.

It was boring, but Real Madrid got the job done with a 1-0 win at bottom of the table Espanyol. Karim Benzema provided a beautiful assist to Casemiro who scored the games only goal in the 45th minute. Real Madrid has now won all five games since the restart and have now allowed more than one goal in any of those games. Entering matchday 32, Real Madrid are the second-best home club in Spain thanks to an undefeated 12-4-0 record and 40 points.

Getafe finally got a win under their belt with a hard fought 2-1 win over Real Sociedad. The home team got on the board first with a Jamie Mata penalty in the 20th minute, but Adnan Januzaj tied it up for the visitors in the 55th minute. It was Jamie Mata again in the 83rd minute who gave Getafe the lead for good. Getafe now have one win, one loss, and three draws since the La Liga restart. With a 6-4-5 record, and 22 points, Getafe are the fifth best road club in the country.

Series History: These two clubs have met 29 times in the past and Real Madrid holds a commanding 21-3-5 advantage. Real Madrid won the reverse fixture 3-0 in early January.

Soccer Tip: I like Real Madrid to stay hot and get the win.