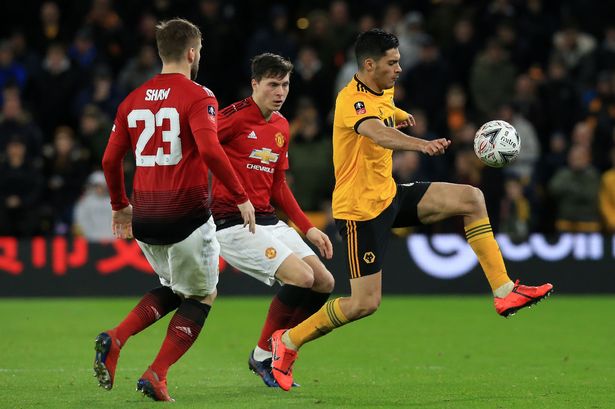 A third round FA Cup replay is on the schedule this Wednesday January 15, 2020 as Manchester United and Wolves will both look to advance in this year’s tournament. These two last met a few weekends ago when they played to a lazy 0-0 draw in Wolverhampton. United started a lineup mixed with reserves and young guys and could not manage a shot on goal. Wolves started a more normal starting lineup and looked the more dangerous team, but the 0-0 draw was probably a fair result.

Manchester United are one of the most successful clubs in FA Cup history having the second most wins, with 12, and are tied with Everton at eight in runners-up. Their 20 final appearances ties United with Arsenal for the most all-time. United trail just Arsenal, who have 13 titles, and are looking to lift the cup for the first time since 2016. Manchester finished second in this competition last season.

Wolves have also seen success in this competition having reached the final eight times and lifting the cup on four occasions. Their eight finals appearances is tied for 11th all-time and their four wins are tied for 13th all-time. Wolves have not been to a final since 1968, which is also the last time they lifted the trophy.

Below is my pick for the FA Cup replay between Manchester United and Wolves. All odds are from Points Bet Sportsbook.

This past weekend Manchester United hosted bottom of the table Norwich City and throttled them 4-0. United scored three second half goals, and Marcus Rashford added two more goals to his season tally, to push the Red Devils back into the Europa League spot. Manchester United have a two point lead over Sheffield United, for the Europa League spot, and trail Chelsea by five points for the final Champions League spot. United are the fourth best Premier League team at home, having won 22 points from a possible 33.

Wolves hosted 15th place Newcastle this past weekend and could only muster a point as the two teams played to a 1-1 draw at the Molineux. Miguel Almiron gave the visitors the lead in the 7th minute, but Wolves quickly tied it back up thanks to a strike by Leander Dendoncker in the 14th minute. Wolves dominated the remaining of the game, but could not get the goal to give them all three points. The draw moves Wolves into 7th place and they trail Manchester United by just three points for the Europa League spot. Wolves are a top seven Premier League road team having won 14 points from a possible 33.

Series History: Wolves are unbeaten in their last five against Manchester United, but still trail the all-time series 36-19-48.

Soccer Tip: I see this one needing extra time, so I am backing a draw at +240 for the regular time result.