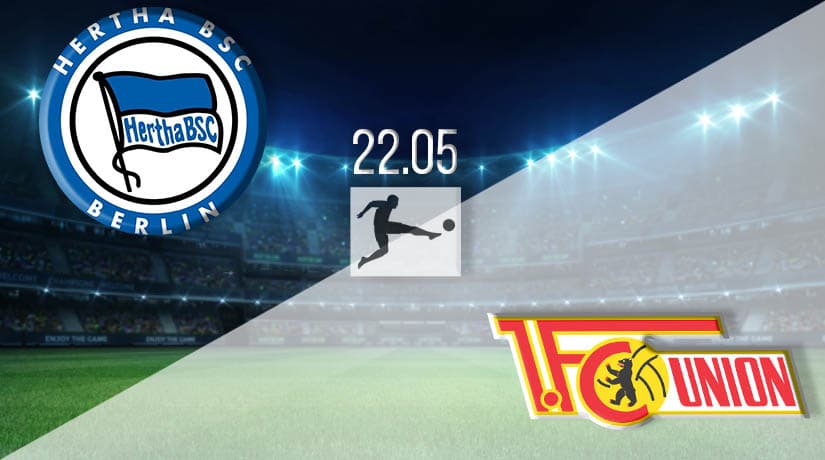 Friday night soccer is back as the Bundesliga returns for their second week of games since returning to action on May 16th. The Berlin derby gets the weekend underway as Hertha Berlin hosts Union Berlin on Friday May 22, 2020. This game will air live on FS2 at 2:30 p.m. EST.

Hertha Berlin enter this weekend in 11th place, with 31 points, and are right in between European positions and the relegation playoff. Hertha are eight points back of sixth place Wolfsburg and are eight points clear of 16th place Dusseldorf. A few more results will secure Hertha’s place in the Bundesliga next season.

Union Berlin are in a similar position as their Berlin rivals as they currently sit in 12th place with 30 points. Union will be happy with were they are on the table but will need to get results in the next few games to ensure they stay in the topflight next season.

Below is my pick for the Bundesliga action between Hertha Berlin vs Union Berlin. All odds are from FanDuel Colorado Sportsbook.

Hertha Berlin could not have asked to get back to action in a better way as they went into Hoffenheim and left with a dominant 3-0 win. The game was tied until a 58th minute own goal and then was quickly made 2-0 with a goal by Veded Ibisevic two minutes later. Winning on Saturday pushed Hertha’s unbeaten run to three straight games, and they are now unbeaten in four of their last five games overall. Hertha Berlin have been one of the worst teams at home this season as the club has just three wins from 13 games and have won just 12 points all season on their home grounds.

Union Berlin had a tough game to get back into the season as they had to face league leaders Bayern Munich last Sunday. The hosts stood tough, but ultimately a Robert Lewandowski first half penalty and a Benjamin Pavard 80th minute goal was enough for Bayern Munich to prevail with a 2-0 win. Union Berlin are a bottom half of the league road club as they have won just three games out of 13 and have won just 11 points.

Series History: These two clubs have met five times in the past and it is Union Berlin who hold a slight 2-2-1 advantage.

Game Prediction: I like Hertha Berlin to get all three points on Friday.