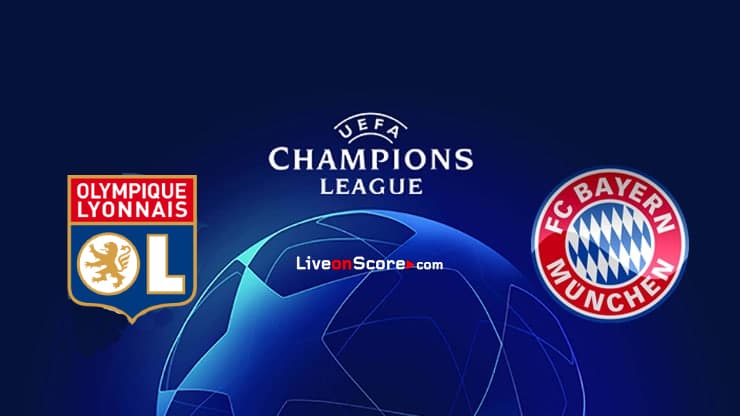 The Champions League semifinals conclude on Wednesday, August 19, 2020, when Bayern Munich and Lyon face off in Lisbon. Bayern were expected to get this far, but Lyon taking out two giants was a surprise and they are now playing with house money. This game will air live on Univision, TUDN, and CBS All Access at 3:00 p.m. EST.

Bayern Munich had a tough path to the semifinals, on paper, but the German giants have brushed aside their competition so far. Bayern beat the Premier League’s Chelsea 7-1 over two legs in the Round of 16, and then beat La Liga’s, and Lionel Messi’s, Barcelona 8 (!) – 2 in the one-legged quarterfinal matchup. The eight goals are the most ever scored in the Champions League knockout stages.

Lyon has had an incredibly tough path to the semifinals as they had to face Juventus over two legs and Manchester City in a single elimination. The French squad advanced over Juventus thanks to away goals and then came away with an impressive win over Manchester City. Is another big upset on the horizon?

Below is my pick for the Champions League action between Bayern Munich and Lyon. All odds are from BetMGM Sportsbook.

Bayern Munich hosted a tumultuous Barcelona squad and utterly embarrassed the Spanish giants. The German side put eight goals on the board, for an 8-2 win, held Lionel Messi in check, and got Quique Setien fired. Bayern led 4-1 at the half and then had a lot of fun in the second half, especially Philippe Coutinho who netted two goals against his parent team. Thomas Muller (2), Ivan Perisic, Serge Gnabry, Joshua Kimmich, and Robert Lewandowski also got on the board in this one. It was an incredible performance from Bayern Munich, and they are the deservedly favorites to win the Champions League.

Lyon pulled off one of the biggest upsets in the Champions League as they took out Premier League giants Manchester City 3-1. Lyon went ahead 1-0 with a Maxwel Cornet goal in the 27th minute, but City were giving Lyon heavy pressure and were bound to score. The breakthrough for City finally came in the 69th minute when Raheem Sterling laid off a beautiful ball and Kevin De Bruyne coolly slotted it home in the bottom corner. It felt like City were going to cruise from there and get the win, but the resilient Lyon team, and 75th minute sub Moussa Dembele, did not give up. Dembele scored the go-ahead goal just four minutes into his appearance, in the 79th minute, and then scored the put away goal in the 87th minute thanks to a poor Ederson mistake. This has been a remarkable run for the team that finished seventh in Ligue One this season.

Series History: These two clubs have met eight times in the past and Bayern Munich holds a 4-2-2 advantage. All eight meetings have been in the Champions League.

Soccer Predictions & Tips: There is no value in this pick, but Bayern Munich are massive favorites for a reason, and I like them to get to the final.