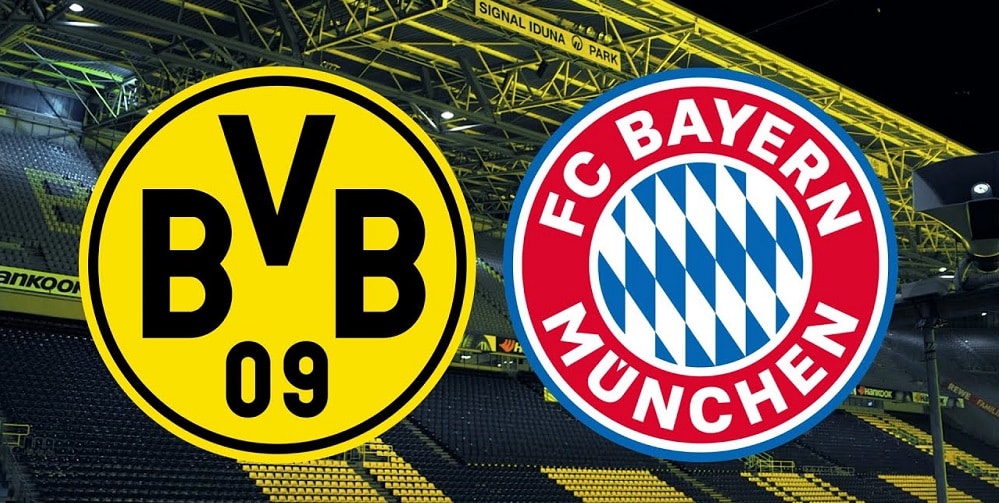 The action in Germany continues with Round 24 when the reigning champions host Dortmund at Allianz Arena in Der Klassiker. Bayern Munich is a firm -161 favorite on William Hill Sportsbook to get three points and stay atop of the league ahead of RB Leipzig.

Dortmund, on the other hand, is chasing one of the Champions League places as it seems they cannot fight for the title this season. However, a potential victory here would get them ten points behind Bayern and perhaps restore Borussia’s title hopes. Let’s see what these rivals can bring up on Saturday and what’s the best Bayern Munich vs. Borussia Dortmund betting pick.

Bayern Munich returned to brutally winning ways, counteracting a loss to Frankfurt with a 4-1 win over Lazio. They ended February by crushing Cologne 5-1 after winning both halves by a precise two-goal margin. Regardless, Bayern’s lead going into March was just two points, and with only 11 Bundesliga games remaining, anything seems possible.

Though they are hugely favored to reach a half-century of league wins vs. Klassiker rivals Dortmund, Bayern remains without a Bundesliga shutout here since the end of the November international break (W5, D3). Even so, Bayern conceded no goals beyond the 70th minute in that eight-game sequence, showing their ability to stay firm in the latter stages.

Hans-Dieter Flick will be without Corentin Tolisso (knock) and Tanguy Kouassi (thigh).

Entering March in a disappointing fifth place, Borussia Dortmund has experienced a mixed 2021 in league action so far (W5, D2, L3). Yet, they have a clear method of their own, claiming four first-half clean sheets (including three goalless first halves) across those five wins, and netting exactly two goals beyond the hour mark thrice.

Dortmund’s culture for winning at all costs is particularly evident on their travels, with just one draw from their last 24 Bundesliga away games (W15, D1, L8). With the visitors being outsiders, sportsbooks and fans alike expect a defeat for them, though just three (37.5%) of those eight losses – including last season’s league H2H here – saw Dortmund trail at the interval.

Each of the last two duels ended 3-2 for Bayern, but interestingly, four H2H matches in a row prior to those two failed to provide goals on both sides. That’s why betting on BTTS here has no value and should be mixed with a winner. On this occasion, I am going with Bayern Munich to win and both teams to score.