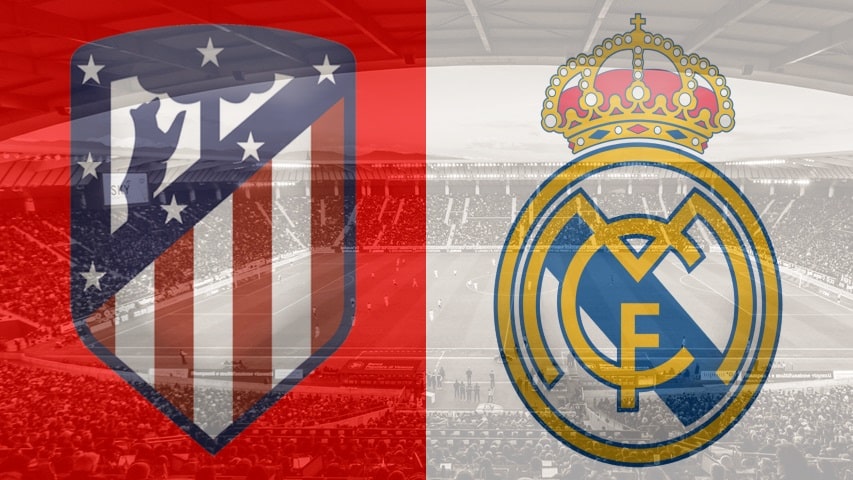 The Spanish LaLiga is giving us a potentially title-deciding clash on Sunday when the two city rivals meet at Wanda Metropolitano. Atletico Madrid is a slight +162 favorite on William Hill Sportsbook to get a win and improve the lead at the top of the table. At the moment, they are five points clear of Real Madrid with a game in hands.

Real Madrid somehow managed to survive a problematic period and a lot of injuries with some solid results. Although they played practically without half of their team in the past few weeks, Los Galacticos showed character and quality and managed to connect six matches without a loss. They are still the legit title contenders and there is no doubt we will have an interesting clash on Sunday. Let’s check out what’s the best Atletico Madrid vs. Real Madrid betting pick.

A Madrid derby with huge potential significance for the title race sees first-placed Atletico Madrid attempt to end a nine-game winless LaLiga streak in this fixture (D5, L4), and with it, extend their lead over rivals Real Madrid to eight points. However, it’s the visitors with the pedigree in this clash, with Real holding superiority in the all-time H2H (W112, D58, L56) and finishing the LL season above Atletico on 63 previous occasions, compared to their rivals’ 20 times finishing higher.

Atletico are vying to make that 21 after recording their second-best win-rate (75%) in LL after 24 rounds since World War II. They’ve stumbled recently though, picking up just one point and conceding four goals across their last two LL fixtures here, after conceding an average of just 0.30 in the ten prior. However, an average of 2.17 goals scored per LaLiga home fixture has helped Atletico to a league-high six HT/FT wins on their own turf.

A 1-1 draw in the last round ended Real’s four-game winning LaLiga run, but this is surely a must-win match against their capital city foes. That recent draw was just the second time since the start of December that Real have conceded the opener in league action, so expect a solid start from the visitors here.

Four straight competitive away wins shows their growing form, and with three of those goalless at HT, it’s clear the second period could be when Real make their move. That said, ahead of this round, no side has scored more goals in the opening 15 minutes on the road than Real’s six.

Real won four of the previous ten H2H encounters (D4, L2), including the last three, while Los Galacticos didn’t allow a single goal in each of the last four meetings. Atletico is without a home win over Real in LaLiga since February 2015.

Considering how both teams are playing of late and the fact that their games are often low-scoring, it’s not the best idea to back over 2.5 goals or BTTS in this one. A 0-0 result in this clash is quite frequent, so keep that in mind when betting on goals. I cannot separate these teams at the moment, and that’s why I am going with a draw.