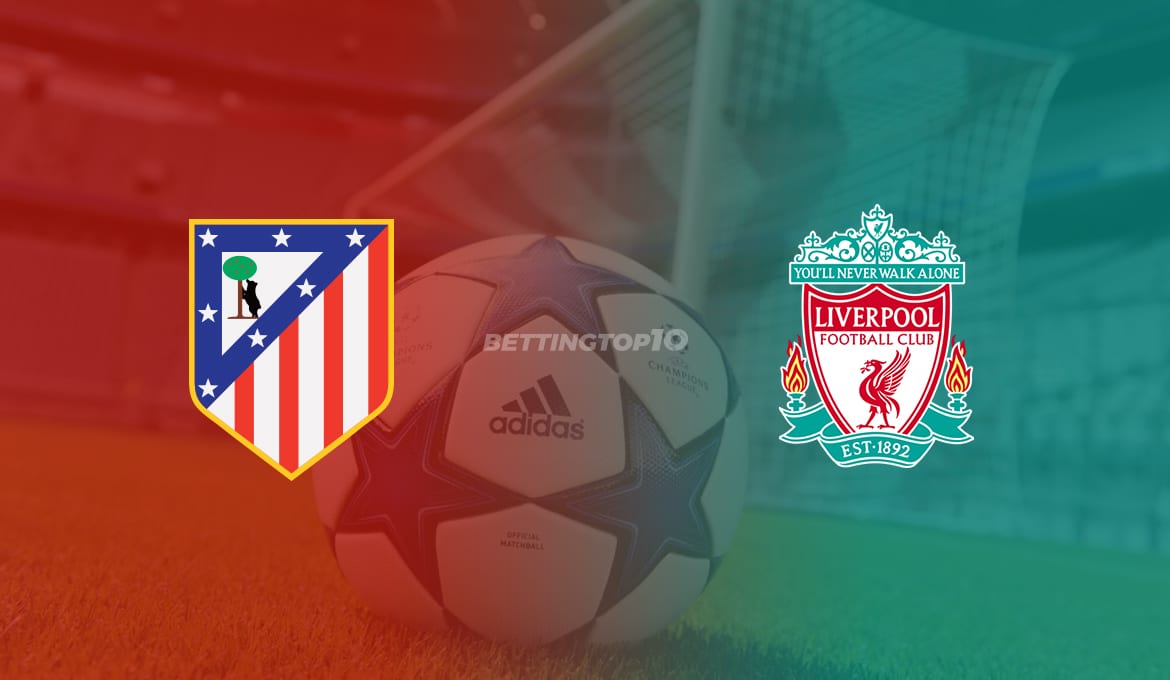 The Champions League is back in a big way as the Round of 16 gets underway on Tuesday February 18, 2020 with two fantastic match-ups. The first game takes us to Madrid as La Liga’s Atletico Madrid host, the defending Champions League winners, Liverpool from the Premier League. These two teams are having drastically different seasons from one another and should not have much drama.

Atletico Madrid enter the Round of 16 in fourth place in La Liga, but are 15 points off of first place Real Madrid. Atleti are barely hanging on to that fourth spot as there are four other teams within three points of them in fourth. It will be an exciting race for that final La Liga Champions League spot. La Liga and the Champions League are all Atleti have to play for the rest of the way.

It’s just mid-February, but Liverpool already have the Premier League under control as the Reds have a whopping 25 point lead over second place Manchester City – though City does have one game in hand, so it could be 22 points. Liverpool have just 12 Premier League games left, so they have a real shot of going unbeaten throughout the whole season and being crowned the greatest English team ever and, possibly, the greatest team Europe has ever seen. With the Premier League being all but finished the Reds just have the Champions League and the FA Cup to focus on, but it is likely they continue to play a youth squad in the FA Cup.

Below is my pick for the Champions League action between Atletico Madrid and Liverpool. All odds are from FanDuel Sportsbook.

Atletico Madrid had the chance to create some breathing room in the final Champions League race, in La Liga, but twice coughed up a one goal lead and ended up drawing 2-2 at Valencia. It was the best Atleti has looked in quite some time, but they did not come away with anything from it. Atleti have now won just once in their seven games and now have to face the best team we may have ever seen. Some home for Atleti in this one is that they are home, where they have lost just one of their last 10 games and are unbeaten in five in a row.

Liverpool continued their unbeaten run in the Premier League with a tough 1-0 road win over bottom of the table Norwich City. The visitors looked rusty, but dangerous, and needed a 78th minute goal from Sadio Mane, who just subbed on in the 60th minute, to extend their lead in the Premier League to an amazing 25 points. Liverpool have lost just twice all season – once in the Champions League to Napoli and one with a youth squad to Aston Villa in the Carabao Cup – and have accumulated 25 wins and one draw in 26 Premier League games. Both of Liverpool’s losses this season have come on the road, but they have 12 wins and one draw in 13 Premier League road fixtures.

Series History: These two clubs have met six times in the past and Atletico Madrid holds a slight 2-3-1 advantage. Liverpool and Atleti have met just one time since 2010.

Game Prediction: Atleti is going to do everything they can to just get a draw in this one, but I like Liverpool to squeak by in the end, so I am backing Liverpool +125 in this Round of 16 first leg.