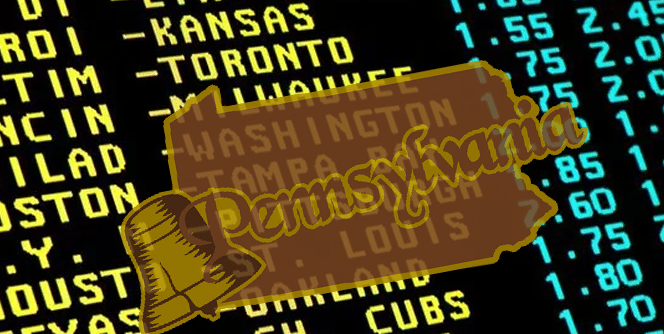 Steady growth has been the theme for most states that have adopted online sports betting. As more and more users come online through their browsers or the apps, the handle continues to grow. It doesn’t hurt that this is the busiest time of the sports betting calendar with the NFL, NHL, NBA, college football, MLB playoffs, start of the college basketball season, and all of the niche markets in play.

College hoops started the first week of November, so we’ll see additional growth in the 11th month of 2019, but October was a good one for most states, including the commonwealth of Pennsylvania. With all four major pro sports and college football at a fever pitch, the betting dollars came fast and furious across the different operators in PA.

The total handle for the month of October was $241,186,066, which was an increase of just shy of $47 million. It was a relatively modest increase given the growth that we have seen in other states, but Pennsylvania had a head start in terms of mobile wagering. It is worth pointing out that the total handle of online wagers went up by over $40 million month over month from September to October.

Interestingly, retail wagering only went up about $6 million. Rivers Casino in Pittsburgh invested some money into a new sports viewing space and casinos in the Philadelphia area have been rebranding and making upgrades to the customer experience. Football has brought about more viewers at the brick-and-mortar locations, but the increase of about $10.5 million from August to September, largely spurned by the start of the football season, was a much greater increase than what we saw from September to October. Suffice it to say that the ease and convenience of mobile sportsbooks is a big selling point.

For the full fiscal year, Pennsylvania operators have seen over $479 million in total handle with online wagers and over $125 million retail wagers. Those wagers have led to a revenue stream of about $56.5 million for the operators, which has then led to over $20.5 in taxes for the state.

FanDuel’s dominance in the Pennsylvania market continues to be a big story. The online-only operator has its license through the small Valley Forge Casino, but it has a gigantic imprint all across the Keystone State. FanDuel accounted for nearly 49% of the total handle in the state and over 57% of the online handle.

BetRivers and Play SugarHouse combined to be second for Rush Street Interactive, but way off of the pace. The Rivers Pittsburgh facility did see a return on its investment with the new viewing area by leading the state in retail handle. Its proximity to Heinz Field certainly plays a huge role in that development.

Speaking of developments, DraftKings is not operating in Pennsylvania yet, but that is coming. A recent agreement reached between DraftKings and Penn National is going to open PA up to DraftKings, which will add a primary competitor for FanDuel. To this point, FanDuel has no legitimate competitors, as the other operators combined don’t pull in the online handle that FanDuel does. That could change with DraftKings.

DraftKings takes a large chunk each month in New Jersey, where FanDuel does rule the roost through its partnership with Meadowlands. DraftKings runs through Resorts Digital and regularly finishes second to FanDuel. We’ll see what sort of threat that becomes.

We’ll also see what sorts of figures come out for November with increased wagering options thanks to college hoops. The 76ers do play in Philadelphia and draw a lot of attention, but PA is a big state to have only one basketball team. There are a lot of colleges in and around Pittsburgh and there are no restrictions on betting college sports being held in PA. That should drum up even more handle for the month of November.

Keep it tuned right here at ATS where we update these figures on a monthly basis.