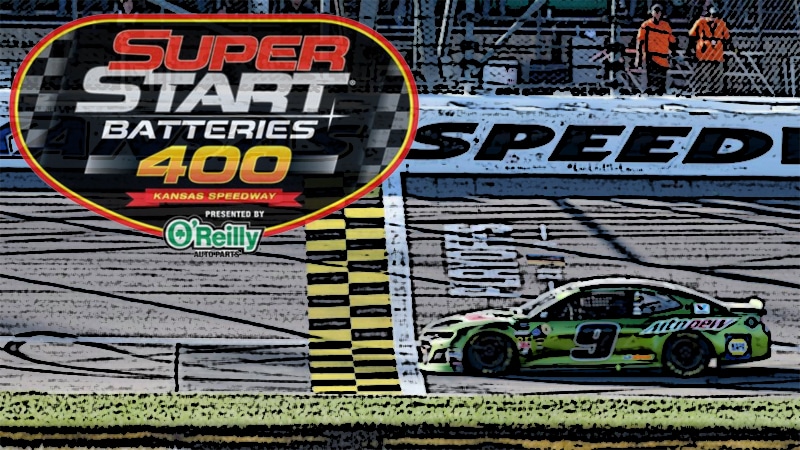 Some great promotions are happening at DraftKings Sportsbook for Opening Day and the entire Opening Weekend, so we encourage you to check those out, but we’ll also have the Super Start Batteries 400 at Kansas Speedway on the docket for Thursday night.

Fans will not be in attendance once again, but the last two race winners have added to the sense of urgency for a lot of drivers and we’ve also seen quite a few of the circuit’s top drivers go a long time without winning a race. This should be a fast, aggressive brand of racing on July 23.

This race ends a string of 16 Cup Series races in 67 days, so the drivers have to be excited to get a little bit of a break. August will feature seven races in 27 days, but it is just nice to see NASCAR having so much success running during the pandemic with a low number of cases and some pretty dramatic racing.

Nobody will be shocked to hear that DraftKings has installed Kevin Harvick as the favorite at +400. He’s +120 to finish in the top three and -500 to finish in the top 10. In 28 career races at Kansas, Harvick has three wins, eight top-five finishes, and 15 top-10 results. He also has the highest average finish among drivers with more than one race on the track at 9.8.

Harvick did not win last week, but secured his fifth straight top-five finish. He leads by 89 points over Ryan Blaney, who led the most laps and won the first two stages last week before finishing seventh.

Blaney has also run well on this track and is +700 with his recent bursts of speed pushing his price down a little bit. The Ohio native has three top-five finishes and five in the top 10 in his 10 starts at Kansas. For all of the speed that Blaney has shown this season, he sits second in points and actually leads all drivers in stage points. He only has one win, though, and it was the nail-biter at Talladega.

Chase Elliott is +650 alongside Martin Truex Jr. this week. Elliott only has eight career starts in Kansas City, Kansas, but he’s finished in the top five four times. He also has a win and one additional top-10 finish. This has also been a good tri-oval track for Truex, who has two wins, eight top-five finishes, and 10 top-10 outcomes in his 23 starts.

These two guys are a little perplexing. Elliott was a weekly factor for a while, but has finished outside the top 10 in five of his last six races. Truex only has one win and only two additional top-five finishes.

Therein lies the hardships of betting NASCAR. The top drivers oftentimes get priced on reputation or perception. Taking either driver at +650 with the inconsistencies and recent struggles is a challenge, however both guys are definite threats to win this week, both based on past performance here and also past performance on 1.5-mile tracks.

Teammates Denny Hamlin and Kyle Busch are lined in the same range again, which seems rather unfair to Hamlin. Hamlin is +800 to Busch’s +750. Hamlin has four wins and 10 total top-five finishes this season. Busch has exactly zero wins and eight top-five finishes. As usual, Busch’s reputation precedes him to this track with great past success, but the #18 team just isn’t firing on all cylinders this season.

Hamlin is +225 to have the best Toyota finish, with Truex at +165 and Busch at +200 and that doesn’t appear to be a bad prop bet this week. Truex has had his issues this season as well, even if this is the kind of track where he typically finishes well.

Arguably, the most interesting prices on the board come from Ford. Brad Keselowski is +1000 and Penske teammate Joey Logano is +1300. Aric Almirola, Harvick’s Stewart-Haas teammate, is +1800.

Keselowski’s season has been a weird one. He’s got two wins, both of which people would say he backed into. He’s won stage two four times this season and finished outside the top 10 in three of those four races. He was ninth in the other. He only has four other top-five finishes outside of his two wins. Here at Kansas, he’s been in the top 10 in 10 of his 20 starts and has two wins with two other top-five finishes, but the #2 team has been all over the map.

Logano was on the card last week and ran a strong third at Texas. It was only his second top-five finish since his win at Phoenix in 2020 B.C. – before COVID. His best runs have primarily come on 1.5-mile tracks this season, with the win at Las Vegas, a Stage 3 win in the first Charlotte return race, a Stage 1 win in the second one, and then last week’s third-place finish. He did win on the one-mile track at Phoenix and was fourth with the most laps led at Martinsville. Maybe it’s better to say that he’s been his most consistent at 1.5 miles.

Logano has seven top-five finishes here in 21 starts. At +1300, the price is right to take a stab on him again. He won’t be priced like this at Michigan next month, but it would be a shock if he didn’t win one of those two races, so file that away. At a minimum this week, Logano is -106 in his head-to-head matchup with Keselowski.

Almirola is going to get a win and with the way things are going, would it surprise anybody if it came this week? Cole Custer won two weeks ago at Kentucky and Austin Dillon won last week at Texas. Almirola has been consistently better than those two, as he’s racked up seven straight top-10 finishes. The first five were top-five outcomes. He could be a factor and his +220 price to win Group C over Alex Bowman, Kurt Busch, and Erik Jones is a play to consider.

If you’re going to wisely take advantage of those sweet MLB Opening Day and Weekend promos at DraftKings Sportsbook this week, you might as well bet the NASCAR race as well. It’ll start on Thursday night at 7:30 p.m. ET on NBC Sports. 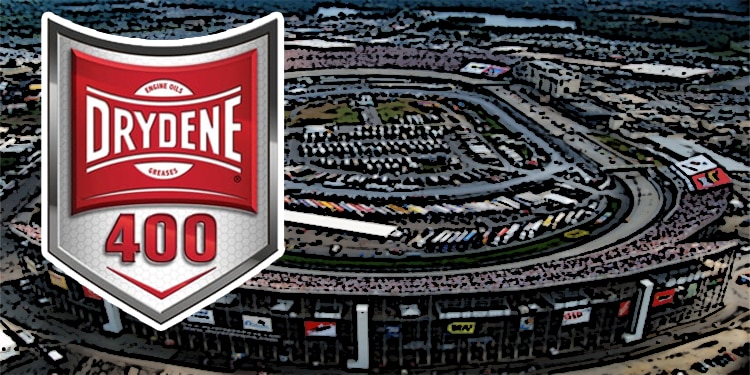