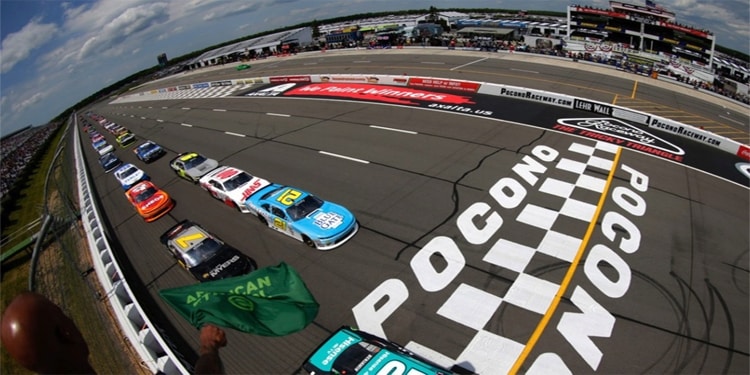 Based on the odds from FanDuel Sportsbook for Saturday’s Pocono Organics CBD 325, nobody but Kyle Larson needs to show up.

We’ve got a doubleheader in Long Pond, Pennsylvania this week with the Pocono Organics CBD 325 and the Explore the Pocono Mountains 350. NASCAR had one of these scheduled for last season. COVID-19 meant racing in front of empty stands, but the Cup Series held the schedule, so this won’t be brand new for the drivers.

It is still a little bit weird, though.

We’ll be focusing on the entire weekend in this preview. It only makes sense. The onus is on you to pay attention to what happens on Saturday and apply it to Sunday. Is a driver using a backup car? Did something happen that kept a driver from winning, like a pit penalty or an ill-timed caution? Saturday’s race may give you a Sunday winner.

Sign up now at FanDuel Sportsbook for a Risk-Free Bet up to $1,000 with your first wager. Your other option is to take a swing at the NBA Playoffs Bet $5, Win $150 promotion if you can pick a money line winner in the Conference Finals or the NBA Finals with a promotion that runs through July 22.

The only odds we have from FanDuel at time of writing are the odds for Saturday’s race, but Sunday’s race shouldn’t look much different. Kyle Larson is the +225 favorite with four straight wins, including the NASCAR All-Star Race. He has four wins in points races this season.

No other driver is priced lower than +4000 and you may want to look at some long shots this weekend. It can happen here. Remember when Chris Buescher won a few years back?

The reason we can get some surprising winners here is because this race is hell on the car. Pocono Raceway is a 2.5-mile “Tricky Triangle” that runs like a roval. It has road course elements and also intermediate oval track elements. The three turns are all different and all modeled after other tracks. Turn 1 pays homage to Trenton Speedway, while Turn 2 is Indianapolis Motor Speedway, and Turn 3 is the Milwaukee Mile.

This is the most unique track of the NASCAR season. There are very long straightaways that lead into these quirky turns. It is a really hard course on the braking and steering systems of the stock cars.

Keep that in mind going into Sunday when we may see backup cars for some of the drivers.

(stats prior to Saturday race)

The top of that list belongs to Denny Hamlin. He’s a six-time winner over 30 career starts at Pocono. His 13 top-five finishes are second to Kevin Harvick and Kurt Busch, but Harvick has 10 more races under his belt here and Busch has nine more. Hamlin has the most laps led among active drivers with 785 at Pocono Raceway. He needs one more win to take sole possession of the most career wins at Pocono. He’s currently tied with Jeff Gordon.

Kurt and brother Kyle have three wins each in Long Pond. Martin Truex Jr. has two. Brad Keselowski, Kevin Harvick, Ryan Blaney, Chris Buescher, Joey Logano, and Ryan Newman have all won one race here. Harvick, for all of his top-five and top-10 finishes only has one win in 40 starts. That’s not a particularly great ROI.

Keselowski is the only other driver with at least 10 top-five finishes here and he’s done that in just 22 starts.

If we narrow our results down to the last 10 races, the usual suspects are still prominent. Kevin Harvick has a win, seven top-five finishes, and nine top-10 finishes in his last 10. His average finish is 5.6 in that span.

Brad Keselowski is winless, but has six top-five finishes and eight top-10 finishes. His 371 points only trail Harvick’s 420. Kyle Busch’s three wins here have all come in his last 10 races, hence that short price with Hamlin. Hamlin has two wins in his last 10 races as well.

A couple of guys that haven’t won, but have run really well here are William Byron, with a top-five finish and four top-10 finishes in his six starts, and Erik Jones, who has five top-five finishes in eight starts. He’s finished on the lead lap six times and finished in the top 10 in all six races.

We’ve got two races to handicap at Pocono this weekend, so two kicks at the can to pick winners. Somebody like Chase Elliott really fits the mold here, since he wins on Rovals and doesn’t mind road courses. It doesn’t hurt that Chevrolet is rolling right now.

Elliott is a good buy at 10/1. Aric Almirola is a nice long shot at 50/1. The other driver is also a Ford and that is Brad Keselowski, who likes this track a lot and runs very well at it. He’s got a nice price of 12/1. 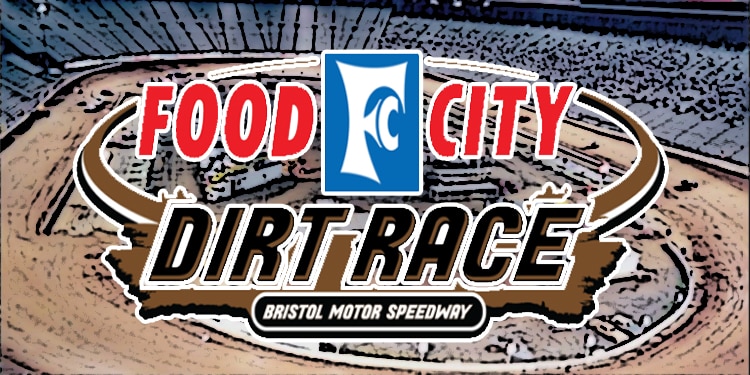 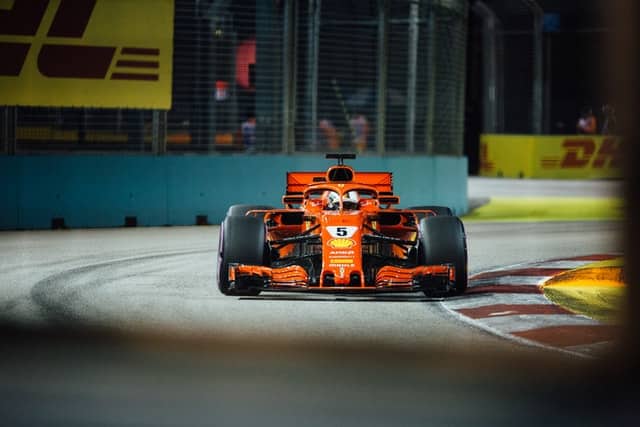