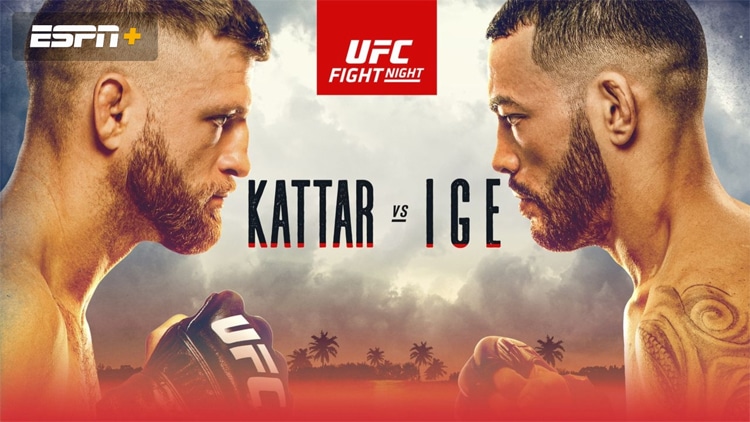 Following up a mega card like UFC 251 on Fight Island is no easy task. Three championship fights made for a lot of pay-per-view buys for the first card on Yas Island in 2010 and the fourth all-time. It won’t be a long wait for the second.

In fact, it is coming up on Wednesday night in the US, as UFC on ESPN 13 with a main event of Calvin Kattar vs. Dan Ige is just about ready to be broadcast. This is the second of four fight cards to be scheduled on Fight Island with the hope that a return to the United States gets easier by next month.

All fight cards would look pretty mediocre in comparison to what we saw at UFC 251, but this card is lacking a lot of household names. There are some new and exciting fighters that will make their promotional debuts, but this is one that may not feature a whole lot of betting activity.

On the other hand, bettors are desperate to find things to bet, so we’ve seen an influx of money to bet on golf, UFC, and NASCAR in recent weeks.

According to the odds from BetRivers Sportsbook, the main event doesn’t look all that competitive on paper, but we’ll see if underdog Dan Ige can pull the upset. He comes in at +245 against favorite Calvin Kattar. Ige only has two losses to his name in 16 professional fights, but he is not getting the benefit of the doubt here against Kattar, who just scored the 21st win of his career on May 9 against Jeremy Stephens.

The fact that we’ve seen Kattar recently has influenced his -335 price tag, but Ige has also won three straight decisions and two of them have been controversial split decisions, including his most recent effort against Edson Barboza. Kattar is a striker and Ige is a grappler, so we have an interesting contrast in styles here.

No offense to Tim Elliott and Ryan Benoit, but the recent data points have not been great. Benoit has only fought once since the tail end of 2017. Elliott is a deserving -125 favorite, but there are better fights on the card.

Like the one between Jimmie Rivera (-137) and Cody Stamann (+110). Stamann put together a complete performance with a heavy heart in his win over Brian Kelleher back on June 6. Stamann was fighting less than two weeks after his 18-year-old brother passed away suddenly. Whether or not Kelleher was as invested in the fight as Stamann is a fair question to ask, but Stamann won across the stat sheet in every way.

We’ll see if he can do the same here against Rivera. Rivera has lost three of his last four fights, but he lost to now champion Petr Yan and now #1 contender Aljamain Sterling. Stamann would not appear to be on that same level, as the line implies. Rivera has become something of an afterthought in the division now by falling down the ranks. If he wants to save face for a future attempt at a title shot, this is a must-win fight.

Another big storyline for UFC on ESPN 13 is the return of Abdul Razak Alhassan. The stage is set for the -345 favorite to get a win in what should be an emotional return for him. Mounir Lazzez has fared well on small circuits, but Alhasasan was emerging as a real contender in the welterweight division before he got tied up in some legal trouble. He was found not guilty of sexual charges in March and now makes his return. He is a violent striker and should pick up right where he left off.

Chris Fishgold is +120 for his match against Jared Gordon in what will be another striker vs. grappler match. Fishgold likes the fight on the ground and Gordon likes the fight upright. As more props get posted for the card, you can always look at alternative betting lines like a fighter by KO/TKO or a fighter by submission to sweeten the reward or cut down on the juice. This one could very well go the distance, so it isn’t the best of examples, but there are a variety of betting options for all UFC cards at BetRivers.

There are two women’s fights on the card, with Molly McCann and Taila Santos in the more interesting of the two. McCann is the slight -118 favorite with -106 on the take back for Santos. Santos is a finisher, but McCann has a way of controlling fights and winning decisions. What this fight card lacks in name value, it makes up for with interesting matchmaking.

McCann is very good at staying out of harm’s way, while inflicting enough damage of her own to win in the eyes of the judges. She’s made a career of doing that and will likely do that again.

Newcomers Khamzat Chimaev, Modestas Bukauskas, Andreas Michailidis, Kenneth Bergh, and Jorge Gonzalez add some more unknown flare to the card. Chimaev is the biggest favorite of the bunch and the one most likely to make a splash.

The prelims will start on ESPN at 7 p.m. ET and the main card is scheduled to go off at 10 p.m. ET. Live betting will be available at BetRivers Sportsbook, so make sure you keep checking throughout the card to see if you can make some good picks and rack up some winners. 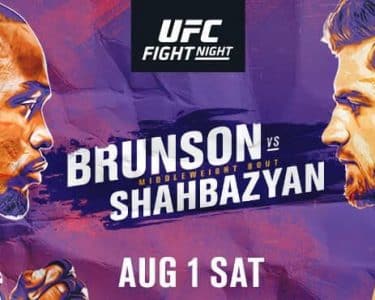 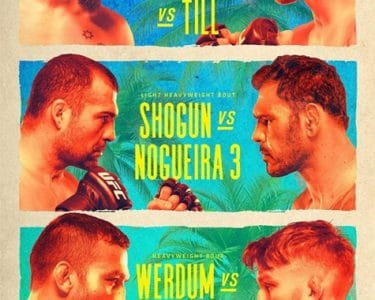 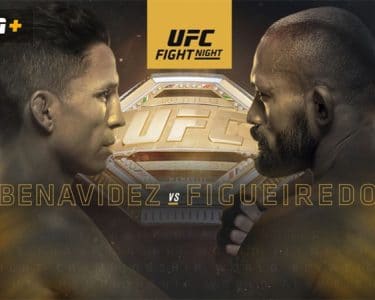