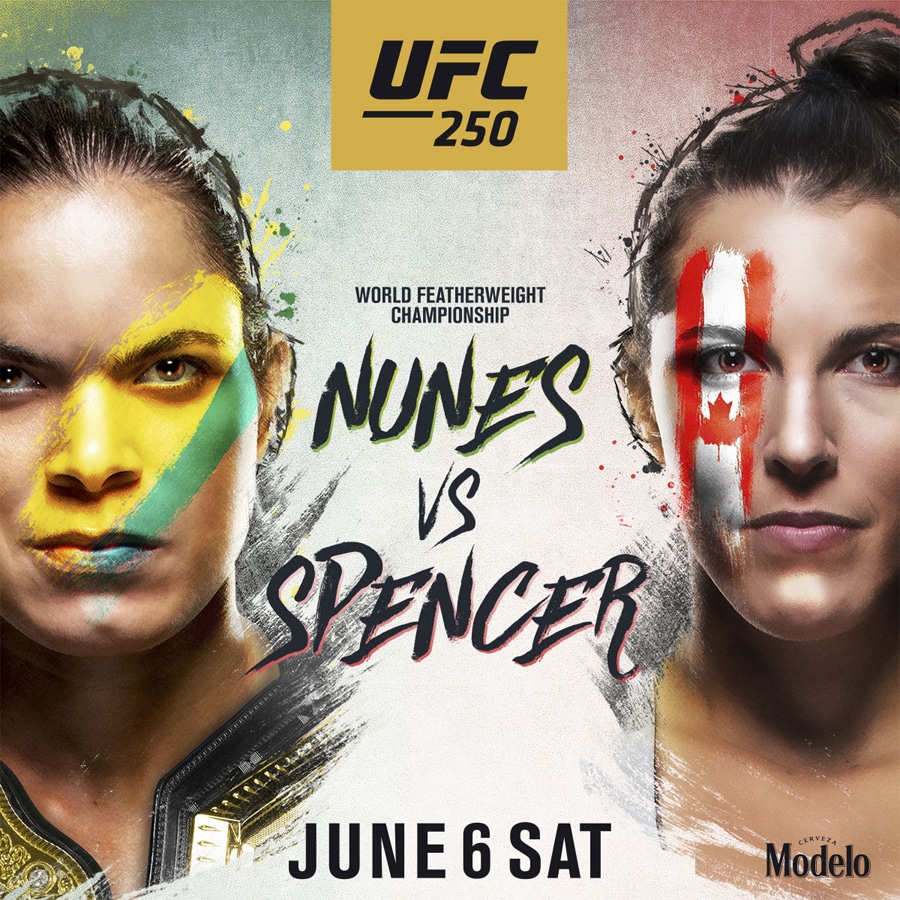 Amanda Nunes is the GOAT as far as women go in the UFC. She’ll have another chance to prove it as she defends one of her two titles at UFC 250 against Felicia Spencer. Nunes will put the women’s featherweight title on the line as a very heavy -670 favorite per the odds at DraftKings Sportsbook.

The fight card will take place at the UFC APEX in Las Vegas and bettors looking for things to wager on can use DraftKings to find fair odds and a lot of prop betting opportunities. For example, you can cut Nunes down to -230 to win by knockout, submission, or DQ. Given that Nunes has won five of her last seven fights by stoppage and Spencer is really stepping up in class in a big way, the -230 price seems like a pretty good bargain.

If we narrow it down even more, Nunes, who has 13 career knockout wins against three submission wins, is -182 to win by KO, TKO, or DQ. That is something for fight fans and bettors to keep in mind. As cost-prohibitive as a betting line appears to be, the best sportsbooks are going to offer alternative ways of betting the fight and that is precisely what DraftKings has done here with such a heavy favorite.

While the Nunes/Spencer outcome looks fairly cut and dry, there are some more competitive fights on the card. Cody Garbrandt and Raphael Assuncao are both in must-win mode. Garbrandt has lost three in a row and Assuncao has lost his last two fights. Two of Garbrandt’s losses came against TJ Dillashaw, but the first-round knockout he suffered at the hands of Pedro Munhoz last time out is a real sticking point in the handicap of this fight.

Garbrandt is the -155 favorite, but the fight is +115 to go the distance and that seems like a better risk for the reward. The two fighters are not in good form right now, so the winner is anybody’s guess, but Assuncao has pretty lackluster striking power and Garbrandt has never tapped out in his 14 career fights. Creativity can help you really have a profitable UFC card if you are willing to look past the most basic forms of betting on MMA.

Neil Magny was really impressive in his March 7 return with a win over Li Jingliang, who is one of the better fighters in the welterweight division. Magny will try to ride that bump into a fight against Anthony Rocco Martin. What really stands out for Magny is the huge size edge, as he has three inches of height and seven inches of reach on his opponent. When Magny was at his best, he was a decision machine because he maximized that length advantage. He did it against Jingliang and should do the same here against Martin to cash at -150.

It would be unfair to call 32-year-old Alonzo Menifield a prospect, at least in relation to 20-year-old Chase Hooper, but two of the UFC’s newest and most exciting names are on the card. Menifield is a -240 favorite over Devin Clark and Hooper is a -180 favorite over Alex Cacares. Hooper draws a more accomplished and experienced opponent than Menifield, but a money line parlay of two hot names isn’t a bad bet here.

We’ve seen it many times before, but the UFC matchmakers are always looking for ways to get promising fighters some nice wins, whether they are against fighters that had a prime and are past it or just some bigger names that don’t match up well. That seems to apply more in Hooper’s case here, but Menifield is a violent striker with a bunch of early knockouts. He’s never gone more than 32 seconds into the second round in any of his nine fights.

One of the more interesting handicaps on the card is Gerald Meerschaert and Ian Heinisch. Heinisch is going in the wrong direction with some recent losses to Derek Brunson and Omari Akhmedov. Meerschaert’s only recent wins have been against Trevin Giles and Deron Winn, so he hasn’t beaten anybody with his level of experience. Heinisch only has 16 fights to his name. Meerschaert has 30 career wins. Nevertheless, the price on Heinisch looks low at -125 here with some recency bias playing into the equation.

The concern for Heinisch backers would be Meerschaert’s size advantage and also the mental state of Heinisch, who had only previously lost to Jamall Emmers when they were together in LFA. Heinisch has found out that he is not as invincible as he once was and that can provide a real mental block for fighters. This will also be a test of Heinisch’s takedown defense. It will be a very technical fight and it is good that this will be part of the ESPN broadcast so everybody can see it.

All in all, Dana White has put together a good card for this UFC 250 event on Saturday June 6. Bet on it at DraftKings or check out our other sportsbook reviews to see if there is another spot that may work better for you.