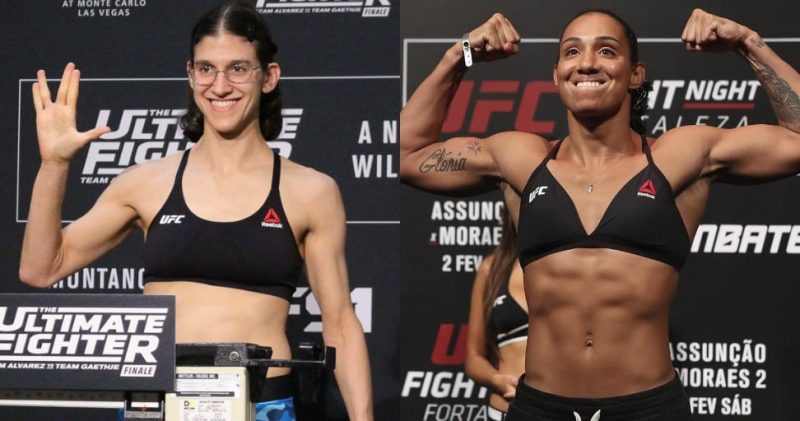 I feel like I am on the other side of every single Roxanne Modafferi fight of late, and the results have been mixed. This one is no different, but there is a massive factor at play in her fights that often dictate the outcome. To find wins, Modafferi needs opponents who are willing to engage in grappling and are deficient in stopping takedowns. If Modafferi can find takedowns and top control time, she is an effective fighter. When she is unable to work from the top, all of the warts to her game come pouring out. She is probably the least athletic fighter on the UFC roster, and has real deficiencies to her striking. She does not have real power and is quite hittable herself. She is going to eat some of the stiffest strikes she has in her career and will likely have no top control time in this fight. The line is as wide as it is for a reason, and I think she is in for a stylistic nightmare.

Taila Santos has shown she is very well rounded and dangerous and will be ascending through the flyweight rankings. She gets her shots in and stays out of range from her opponents quite well. She has pop on her strikes and the advantages don’t end there. She is stronger than Modafferi, she is great in the clinch and she can opt to take the fight down from there if she so chooses. She will be able to work ground and pound on the floor if she does take the fight down, but that’s not the largest advantage for her. She is going to absolutely light Modafferi up in the stand up and has the rounded skill set to dictate where the fight takes place. Santos has 10 KO wins in 18 career fights, but none in her last four. Recency bias is likely causing us to forget she can put girls out.

The -410 line is probably short on Santos, but that is not the line that brings the biggest value. A favorite of this magnitude is also bringing a +250 ITD line and I see the biggest value in that. Modafferi finally ends up in a matchup where she is both completely neutralized and takes a beating. I think we see her finished and given her skill set, that outcome is long overdue.