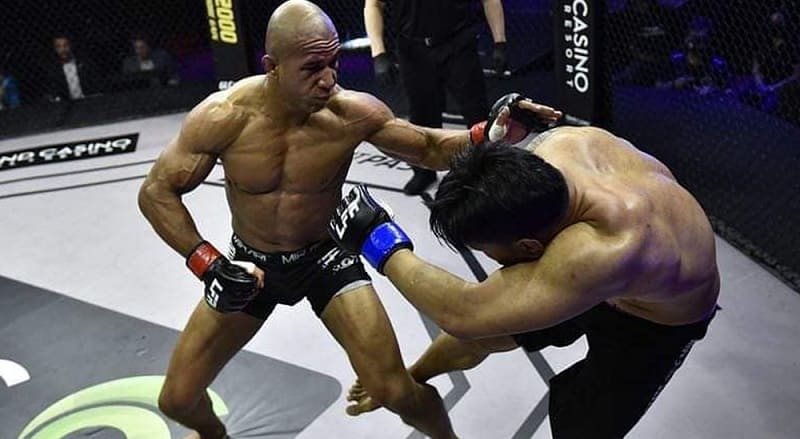 Junyong Park is on a three fight winning streak since being finished in his debut. The wins have all had the same story, as he used his wrestling. He racked up around 18 minutes of ground control time in those three fights, all decision wins. He is a sound enough striker, but certainly does not throw with big power, and gets a it of a stylistic quagmire in this one. He will likely be stifled in every area, and the areas that are normally areas of advantage, could become areas of disadvantage. His opponent is a much more dynamic striker and a much better BJJ player. Whether on the feet or trying to work his wrestling, Park could be neutralized.

Gregory Rodrigues has enjoyed quite the evolution as an MMA fighter. He entered the sport with a black belt BJJ base, and remains a high end grappler. It is his striking that has taken leaps and bounds and has completely caught up with his grappling skill set. I think he is going to outclass Park in the standup and will get to landing heavy in the first round and beyond. This will leave Park no choice but to wrestle. Assuming Park can complete takedowns, Rodrigues will not have the same problems Park’s last three opponents did. Rodrigues will be able to return to his feet as needed, and more importantly, threaten submissions and sweeps. Wherever this fight goes, Rodrigues has it covered.

This is simply a bit of stylistic gold for Rodrigues. Park is not world’s behind Rodrigues by any means. It is simply a matchup where the skill set of Rodrigues trumps that of Park. With decision being at least as likely as a finish win for Rodrigues, we will stick with the flat pickem line of -110.