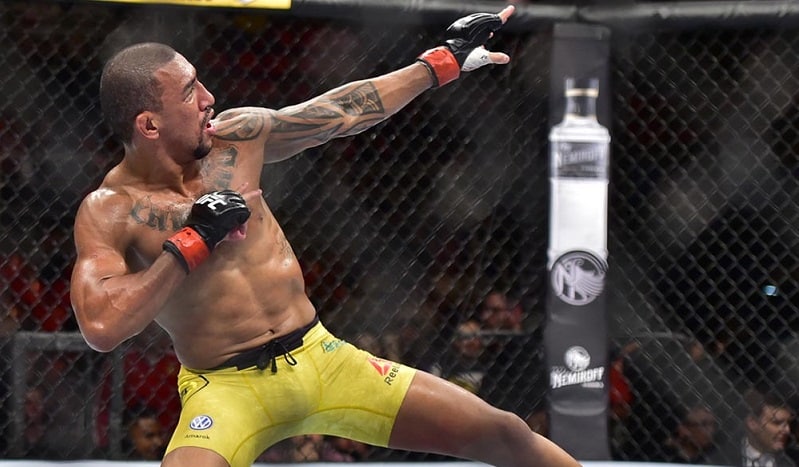 I believe Victor Henry will eventually win fights in the UFC. He has a fun skill set and is at a UFC level, despite entering the promotion at his advanced age. The 34 year old is a fun striker and he does possess a complete skill set. It has served him well at the regional level, but a short notice fight with Raoni Barcelos is simply too tall of a task. Henry will give himself every chance he can to win this fight, but he will ultimately fall victim to the power and complete and more advanced skill set of Barcelos.

Raoni Barcelos is coming off a loss for the first time in his UFC career. He dropped a close decision to Timur Valiev. While the decision was not overly controversial, Barcelos did have two second round knockdowns, he was just unable to get Valiev out of there. The matchup with Henry is certainly a step down from what Barcelos has become accustomed to. Barcelos has Henry covered everywhere in this fight. He is the more powerful striker that will match activity. He is the better wrestler and has a superior BJJ skill set. Note that Henry will throw up submission attempts from his back, but I suspect he will have little success. What’s more, I think the attempts will open windows for Barcelos to advance position and drop heavy ground and pound.

There will likely be a time or two in the near future that we bet on Henry. However, this matchup is not it. The level of difficulty in terms of opponent in which he is advancing is huge, and everything will come up Barcelos in this fight. I truly believe the combination of power and ground game of Barcelos will lead to a finish, and we get huge value on that outcome. The -325 favorite sits at +150 to win inside the distance, and that will be our avenue of attack.