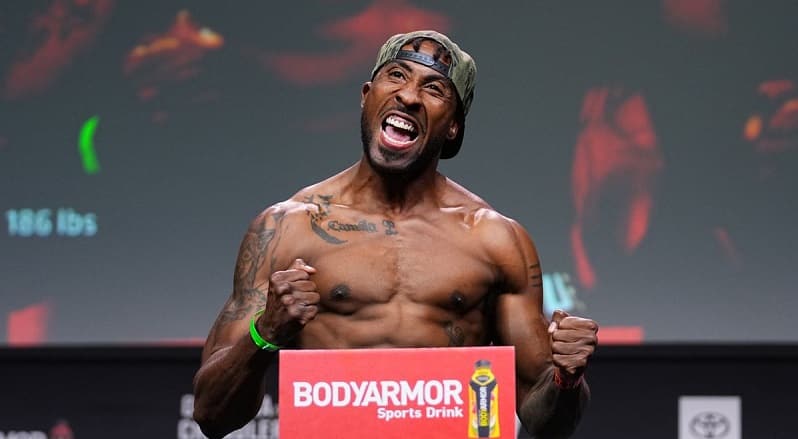 Joseph Holmes makes his UFC debut in a fight with Jamie Pickett. The grappler has done a wonderful job rounding out his game. His striking has caught up with his grappling game and it will make him a formidable opponent for lower end UFC middleweights. He uses his jab well, but in this orthodox vs southpaw matchup, it will be the power shots from Holmes that will bring greater effect.

While I believe Holmes will win the striking battle convincingly, I believe his path of least resistance will be in the grappling game. I believe he has a superior all around grappling game to that of his opponent. He will finish the fight if he gets the back. Holmes has all bases covered in this matchup.

I don’t care much for the skill set of Jamie Pickett. He is a low volume striker that lacks big power. He also has a grappling game that can be a liability. His takedown defense is sketchy and he is no threat on the floor. Even with his southpaw stance often slowing the jab of Holmes, Pickett will be the lower volume striker. He will also be the striker at a power disadvantage. He will also be at a grappling disadvantage. Pickett’s paths to victory are essentially none provided his opponent does not have debut jitters.

The -150 price tag on Holmes feels very much like a gift. I simply have a hard time identifying real paths to victory for Pickett. There is no value on moving to the ITD line for Holmes, so we will take the -150 price at face value, which is already a gift.