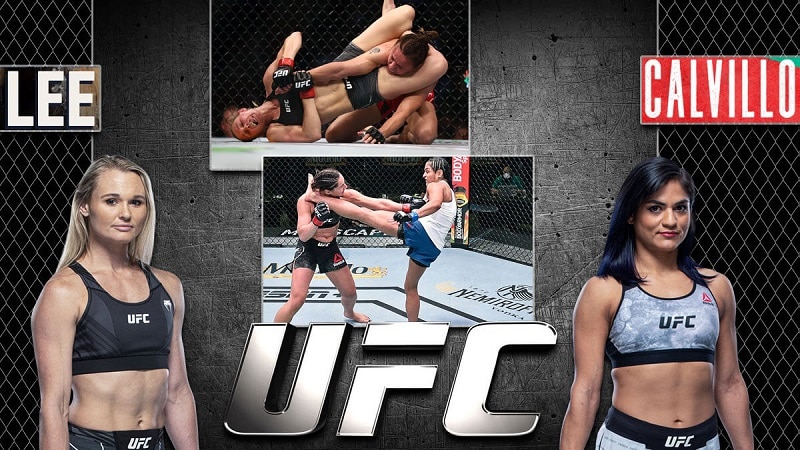 I really thought the limitations to Cynthia Calvillo’s game were fully exposed in her last two fights with Jessica Andrade and Katlyn Chookagian. Apparently the public disagrees, as they have bet her from underdog to favorite in this fight.

Andrade and Chookagian essentially have no similarities to their respective games whatsoever. However one key characteristic saw them both to relatively easy wins against Calvillo. That is to keep the below average wrestler from taking them down. Chookagian did that with range. Andrade did that with technique and strength. Both then had worlds of success in the striking. Calvillo is simply not competitive at the top of this division if she cannot find herself in top position on the floor.

The matchup with Andrea Lee is something of a hybrid of Calvillo’s last two. Lee has more range but less pop than Andrade. However she has far more pop than Chookagian, with just slightly less range. Lee’s goal will be the same: prevent Calvillo from finding a trip takedown or another method of getting the fight to the floor. Once that box is checked, Lee will dominate the striking.

Lee has been one of the more unlucky fighters we have seen with UFC judging. She has four wins on her record, but also has three decision losses. I personally score all three of those fights for her, and think she should currently be on a seven fight win streak. She should be discussed at the top of the division, not just in the rankings.

Lee’s wrestling and grappling were impressive in her last fight with Antonina Shevchenko. It would not be overly shocking to see her turn the tables and look to work on top herself. I personally would not like to see that, as I think she has the path of least resistance in the striking.

Lee was going to be a betting play as a favorite. Now that she has flipped to an underdog it is an extremely attractive betting play on the flat line.