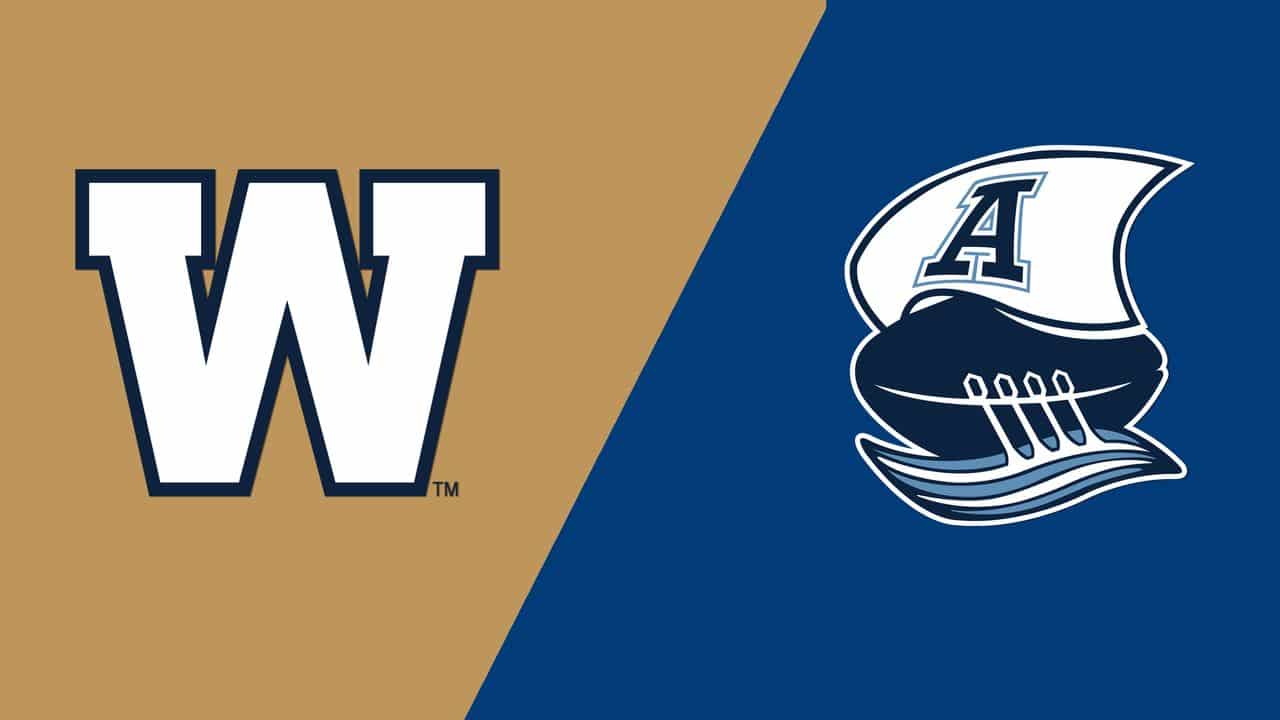 All CFL betting odds are from BetRivers Sportsbook

The two-time defending CFL champion Winnipeg Blue Bombers travel to Toronto for a rare Monday night game. Winnipeg hasn’t missed a beat this season, starting off the season with a 3-0 record, although they haven’t been particularly impressive in the process. The defense has been very good, but the offense has been middle of the pack.

The Bombers are averaging 21.3 points per game this season and you expect more out of Winnipeg. Zach Collaros, who threw 20 touchdowns in 13 games last year, has just three TD passes in three games this season. Brady Oliveira is leading the team with 121 rushing yards but is averaging just 3.1 yards per carry.

The Winnipeg defense is allowing 13.7 points per game, although they have allowed 316 passing yards per game, which is second worst in the league. The ‘Bombers have tightened up when they need to, so they haven’t been hurt by allowing some pass plays.

Toronto comes into this one off a 44-3 thumping at the hands of British Columbia after winning their first game of the season against Montreal. McLeod Bethel-Thompson had a bit of a meltdown after the game, and nobody will ever accuse the Argonauts quarterback of not wanting to win.

Still, the Argonauts have to play better than they did last week, being dominated on both sides of the ball, as the Lions had a 583 to 242 total yard advantage and a 4-1 edge in turnovers.

Obviously, Toronto isn’t nearly as bad as they looked last week, but are they good enough to give the Blue Bombers a game? Home underdogs who lost their last game by at least 40 points are 5-3 ATS, so not much to go on in the way of sample size.

Winnipeg has a game with British Columbia next week and could be looking ahead a bit to that one, but playing in Toronto should be a bit of a motivating factor. The talent difference between these two is huge.