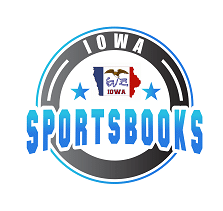 Once the state of Iowa approved legalized sports betting, it did not take long to get up and running. Governor Kim Reynolds signed the legislation into law in April 2019 and the Hawkeye State took its first bet on August 15. In less than two months, 18 of Iowa’s 19 casinos were taking retail bets.

At present, there are several different operators in Iowa that either provide retail or online and mobile betting. William Hill, PointsBet, DraftKings, and Hard Rock are among the biggest names that offer online sports betting. Elite Sportsbook and Q Sportsbook do as well.

Additional operators that have launched retail operations but have yet to launch mobile operations are Unibet, FanDuel, and Caesars.

At ATS, we take the time to rank the sports betting operators using a variety of different considerations and factors, including the betting interface and technology, the catalog of sports betting markets and odds, including live betting and in-play wagering, the look and appearance, and the overall user experience.

PointsBet Sportsbook was one of the earliest to the online market in Iowa through its partnership with Catfish Bend Casino in Burlington, Iowa, which is on the Misssissippi River in the southeast corner of the state. This is an excellent location for Illinois and Missouri residents and PointsBet is one of the most influential and groundbreaking sportsbooks in the United States. The PointsBetting style of betting is just one of many exciting perks for players.

DraftKings continued to expand its sports betting reach with an Iowa launch in mid-February. As one of the most popular apps in New Jersey, West Virginia, and Indiana, you cannot go wrong with this heavy hitter in the business. DraftKings has a partnership through the Wild Rose properties, so you’ll need to sign up there, but the wonderful world of sports betting awaits once you do and you’ll be doing it with one of the best.

Elite Sportsbook is not what the name would suggest, as there is nothing elite about the website or the betting app, but it could certainly have its uses for contrarian bettors looking to pick against local teams. Small, regional casinos certainly have the chance to be influenced by the fandom of a bunch of biased bettors in a given area.

Otherwise, Elite Sportsbook has limited deposit and withdrawal methods and a very basic interface that leaves something to be desired with pregame betting and also in-game wagering.

The Q Sportsbook is the retail sports betting location for the Q Casino, which is owned by the city of Dubuque, Iowa. The Q Sportsbook App lacks the character and excitement of the retail sportsbook, which is arguably the best in the state. The app is forgettable at best and not even worth downloading at worst. Betting odds are mostly reasonable, but betting options and niche markets are virtually non-existent.

Q Sportsbook does allow bettors to sign up and deposit via PayPal, which is about the best we can say about the sign-up process, which does not include any bonuses or promotions. The app is basic and functional and the technological support of IGT makes it usable, but that is where the positives end.

Save yourself the time downloading the app and just go to the retail sportsbook for a nice time on an NFL Sunday or for a big college football Saturday.

About Sports Betting In Iowa

There are 19 casinos in the state of Iowa. Not all of them offer sports betting, but most of them do. That is important because if you want to bet on sports in Iowa, you will need to start at one of those retail sportsbooks.

Sports betting launched in Iowa in mid-August 2019, just in time for the football season. Unfortunately, interested parties ran into a little bit of an inconvenience in the days immediately following Iowa’s start in the sports betting world. The way in which the state law is written forces those that want to bet on sports to sign up in-person before being given access to the apps.

Now that sports betting has been around for quite some time, the wait times have been dramatically reduced. The law stipulates that for the first 18 months, those that want to place legal wagers need to sign up in-person in order to be able to go online and make those bets. It is a mild inconvenience for having the opportunity to bet on sports in a safe and regulated environment.

How to sign up for sports betting in Iowa

The process of getting signed up and registered to bet in Iowa isn’t as streamlined as it is in other states with legal sports betting usually you just sign up, deposit and bet. But due to Iowa law, players must register online at the sportsbooks website, then once registered go to a physical location to verify the users account details. This restriction is likely to go away January 1, 2021, but the state of Iowa mandates that you register in person to gain access to the sports betting apps that are legally operating in the Hawkeye State. Heres our step by step guide for the #1 Iowa sportsbook - DraftKings.

Those that live outside of Iowa and in neighboring states like Minnesota, South Dakota, Nebraska, Missouri, Illinois, and Wisconsin, or those that want to drive from North Dakota or Kansas, can get signed up online for the sportsbooks however must verify in-person as well, then can only place bets when physically inside the state borders. To reiterate, geolocation tracking prevents those outside of the state borders from betting, but if you live outside of the state, you can simply commute across the border and then bet as if you lived in Iowa. Sports betting is very much growing in the state of Iowa. Even though the inconvenience of having to sign up in person is still in 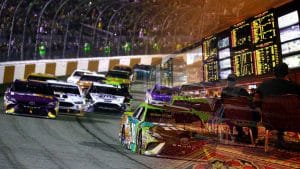 Back in May of this year, NASCAR officially partnered with Genius Sports for their sports data needs. At this time, there was speculation that NASCAR 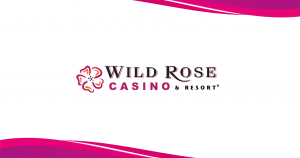 Wild Rose Teaming Up with DraftKings and Rush Street Interactive

Earlier this month, the state of Iowa officially launched legalized sports betting. Now, sportsbooks are ramping up their legal sports betting offerings as it grows

No, a Hawkeye is not bird, but it is safe to say that legislators in the state of Iowa had eyes like a hawk when it came to legalized sports betting. Policy makers saw the financial impact that could come from allowing wagering at the state’s 19 casinos. Plans were in motion before the Supreme Court decision, but the pace quickened with the opinion that officially put PASPA to bed in the United States.

All of the sportsbooks in Iowa are governed by the Iowa Racing and Gaming Commission and it is not a surprise that the state’s casinos moved so quickly. The licensing process was nowhere near as prohibitive in Iowa as it has been in other states. The cost for licensing was only $75,000 with an annual $10,000 renewal fee. The tax rate is relatively low at 6.75%, so the operators didn’t have to incur substantial start-up costs.

The law also had supporting language for mobile betting. Up until 2021, those that want to download and set up an account with a sports betting app must sign-up in person at the casino. By the time that restriction is lifted, most Iowans that want to bet on sports will already be set up, but it will make signing up much more convenient for residents of adjacent states.

Almost one year to the day after that landmark decision, Governor Kim Reynolds signed the law that would allow legalized sports betting in the state of Iowa. Iowa actually became the 11th state to allow betting on sports, but the Hawkeye State wasted no time making it available in brick-and-mortar sportsbooks and via the sports betting apps.

Ironically, Independence Day in 2019 was the first day that sports betting was allowed per SF617, the bill that cleared the way for legal wagering. None of the state’s casinos were ready to go, however, until August 15. On that day, Prairie Meadows in Altoona, Lakeside Hotel & Casino in Osceola, Isle of Capri in Waterloo, Isle of Capri in Bettendorf, Rhythm City in Davenport, Riverside Casino & Golf Resort in Riverside, Ameristar Council Bluffs in Council Bluffs, and Catfish Bend in Burlington started accepting legal wagers.

At time of writing, all but one of the Iowa Casinos had sports betting or had agreements with operators to partner with. Many of the same operators that are present in a lot of other states are also setting up shop in Iowa at this point in time. With a limited number of casinos, some of the operators will be shut out, but many of the industry’s big names are partnered with the brick-and-mortar locations and will provide mobile and technological support.

What Casino can I complete my PointsBet Registration at?

Can you bet on sports wagers in Iowa?

Can I bet using my phone or online in Iowa? Do you pay taxes on sports betting in Iowa?

Do I need to be in Iowa to place bets?

What type of bets and sports are available?

What can ATS do for me with Iowa Sports Betting?

We may be just a little bit biased, but here at ATS, we provide comprehensive list of Iowa sportsbook reviews and helpful articles to help you know where to bet in Iowa and how to bet. We also partake in affiliate marketing with the sportsbooks, which allows us to offer our readers some of the best promo codes and bonus offers in the business. If you want to bet on sports in Iowa, be sure to look around at the information that we offer so that you can make an informed decision about where to bet on sports and so that you know to go step-by-step through the process of getting signed up.

About Sports Betting In Iowa

How to sign up for sports betting in Iowa 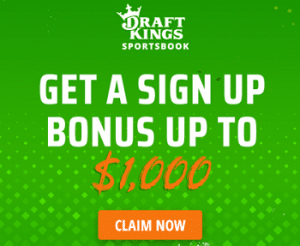