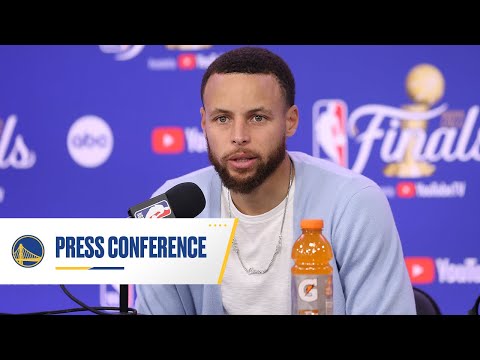 Stephen Curry to return in Game 4, per reports

The NBA Finals Game 4 will be held at the TD Garden in Boston. Golden State Warriors head coach Steve Kerr confirmed on Thursday that former MVP Stephen Curry would play in the game.

Kerr did not have any update regarding the status of Curry’s foot injury, which he received during the fourth quarter of the Warriors’ Game 3 win against the Boston Celtics. According to a report by The Chronicle, Curry’s injury is not expected to require an MRI.

Curry to play in Game 4

The good news for the Warriors is that Curry is expected to play in Game 4. After the Warriors’ practice, the 6-feet-2 guard confirmed that he would play and was listed as probable on the team’s injury report.

It was initially unclear if Curry would be able to play in Game 4 after he went injured during the Warriors’ Game 3 win. The two-time NBA MVP got hurt after Al Horford rolled his left leg following a loose ball battle.

After the incident, the 34-year-old guard stayed on the court for a few minutes. Curry eventually stood up but was seen limping. He was still walking around a couple of hours after the game before exiting the media room shortly after talking to reporters.

Although he could not attend the practice on Thursday, Curry was spotted walking normally. “[I got] about 10 1/2 hours of sleep, a couple dunks in the ice bucket, and that’s about it for now,” Curry told reporters. “Then take advantage of today and [Friday] to get completely ready for the game.”

Getting as much rest as possible is the most essential thing for Curry now, as it will allow him to fully recover and play in Game 4 of the NBA Finals. He averaged over 30 points, five rebounds, and 3.7 assists in the series so far. The Warriors are currently in a 2-1 hole in the best-of-seven series.

In the game’s fourth quarter, the Warriors and the Celtics were scrambling for a loose ball. With 4:12 left in the period, Horford rolled his left leg on Curry’s left leg.

Draymond Green was called for his sixth game foul after he pushed a Boston player off Curry. Although the point guard stayed on the court for a couple of minutes, he was eventually removed from the competition with 2:19 remaining.

Kerr said that he removed Curry from the game because the Warriors were down 14 points. When asked about his foot, Curry said that he felt strained.

Although a win in Game 4 is not considered a must-win for the Warriors, a loss will put them in a vulnerable position and could even lead to them dropping the series. This is something that fans have not seen many times in a long time.

The Celtics have been one of the most unpredictable teams in the playoffs. Their last two series featured blowouts, and it would not be surprising if they win Game 4.

The Warriors have to take better care of the ball and get more rebounds to have a chance to win Game 4. The Celtics are a physical team, and Golden State cannot afford to keep getting dominated on the boards.