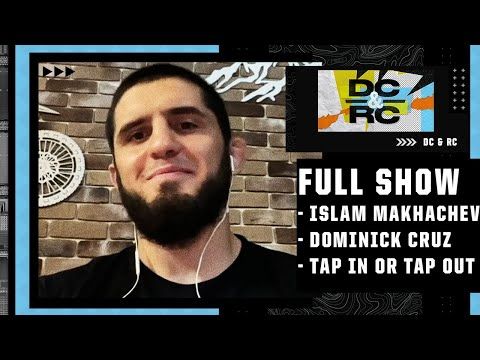 Islam Makhachev has claimed that Charles Oliveira tried to dodge a fight with him, which will take place in Abu Dhabi on October 22. Makhachev said that Oliveira only accepted the fight when it was about to be given to another fighter.

“He said, ‘Islam has to fight one more time,’ or something like this,” Makhachev said while appearing on ESPN’s DC & RC.

The UFC stripped Oliveira of the lightweight title last May ahead of UFC 274 where the fighter was supposed to face Justin Gaehtje. According to the committee, Oliveira weighed one and a half pounds over the limit and thus could not participate.

Since then, Oliveira had tried to secure a fight. He made a statement about wanting to fight Conor McGregor and Nate Diaz. McGregor is currently in the middle of recovery from a leg injury and aims to return as soon as late 2022 or early 2023. Meanwhile, Diaz would complete his contract with UFC in his upcoming fight against Khamzat Chimaev.

Makhachev said it was “embarrassing” for a champion like Oliveira to request a fight with the likes of McGregor and Diaz, who had already passed their primes.

“He tried to go Diaz or McGregor, but he forgot my name,” Makhachev said. “And when they asked about me, he said he needs money or something like this, but when he fought Dustin (Poirier) or Justin Gaethje, he didn’t think about money.”

Makhachev said knowing how to communicate in English would improve a fighter’s marketability.

UFC bantamweight champion Dominic Cruz has said that Oliveira would win over Makhachev, but only if he could conclude the fight quickly.

Oliveira is currently leading UFC in submission wins. Meanwhile, Makhachev is widely acknowledged as “the best grappler” in MMA.

Makhachev came out of his last four fights victorious. Meanwhile, Oliveira defeated Chandler, Poirier, and Gaethje in less than three rounds in his latest fights. Both fighters had never gone to the fifth round in their fights.

Oliveira’s strength lies in his finishing ability. The fighter is known for his strong striking. Oliveira also often disregarded takedowns in his past fights, which enabled him to finish his opponents fast. Makhachev’s victory, according to Cruz, will depend on his ability to fend off Oliveira’s submission game.

Makhachev said he was confident he would win the fight, saying “I’m going to take him down very fast… Of course, I really believe [I will smash him easily]”.

“People finish him seven times. And this guy champion in my division. I’m very upset because of this,” he said.