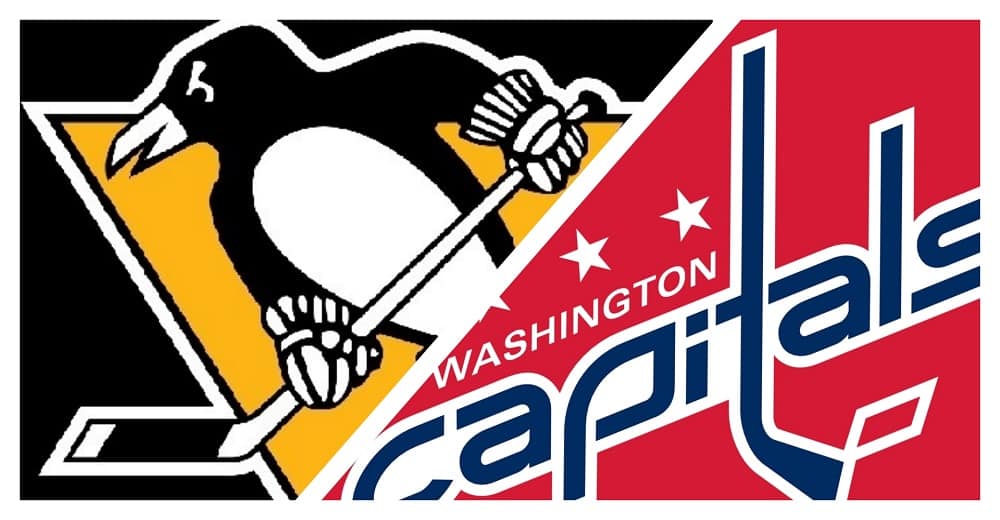 There are only a couple of games on Sunday’s NHL schedule, but we’ll see a marquee matchup between the Washington Capitals and Pittsburgh Penguins at PPG Paints Arena in Pittsburgh, Pennsylvania. The old foes from the Metropolitan Division will play in the newly formed East Division this season, and this is the opener of an eight-game series.

The Capitals have won their first two games at Buffalo and will try to stay on the right track. The Penguins, on the other side, will search for their first win of the season after a couple of losses at Philadelphia.

Washington barely survived the second game against the Sabres

The Washington Capitals (2-0-0) dominated the Buffalo Sabres in their opening game of the season, tallying a 6-4 victory as -130 road favorites. Six different players netted for the Caps, while T.J. Oshie and Alex Ovechkin had a couple of assists each.

The second clash in Buffalo saw just three goals in total, and the Capitals escaped with a 2-1 win. They took ten shots fewer than the Sabres (31-21) and had no man advantage, while the Caps allowed no goals on five of Buffalo’s power-play opportunities.

Ilya Samsonov guarded the cage in the opener and posted 22 saves on 26 shots, while rookie Vitek Vanacek recorded 30 stops in that 2-1 victory. The 23-year-old Samsonov will be the first-choice goalie in his sophomore season, and he was 16-6-2 with a 2.55 GAA and a .913 save percentage last regular season.

Pittsburgh got routed in the third period

The Pittsburgh Penguins (0-2-0) dropped their first two games of the season thanks to some lousy performance down the stretch. On the opening night, the Pens suffered a 6-3 loss even though they were tied with the Flyers at 3-3 after three minutes of play in the third period.

Back on Friday night, Pittsburgh lost 5-2 at Philadelphia. The Penguins trailed 3-2 at the end of the first period, allowing Travis Konecny and Oskar Lindblom to score late in the third period. At least, they put on a fight after a bad start, as the Flyers had a three-goal lead after just 11:30 of play in the first period.

Tristan Jarry patrolled the crease in the opener and posted 19 saves on 25 shots. He started Friday’s clash and was removed after the Flyers’ third goal, while Casey DeSmith turned aside 12 of 13 shots for the rest of the game.

The Penguins opened as slight -115 moneyline favorites on DraftKings Sportsbook, and I’m backing them to tally their first win in 2021. Pittsburgh had a much tougher rival at the start of the season than Washington, as the Flyers are legitimate championship contenders, so the Pens will be highly motivated to bounce back against another heavyweight team.

Washington has a lot of dangerous offensive weapons, but their defense could be a big issue. Pittsburgh has played well on the home ice lately, and the Pens have won six of their last eight home encounters with the Caps.

I’m not going to overthink the totals. The Caps have Alex Ovechkin, Jakub Vrana, Nicklas Backstrom, and T.J. Oshie. On the other side, the Pens lean on Sidney Crosby, Bryan Rust, Jake Guentzel, and Evgeni Malkin, so with the bunch of superstars on the ice, I would be surprised if we see fewer than six goals in total.

The last four games between Pittsburgh and Washington went in the over, producing seven or more goals each.