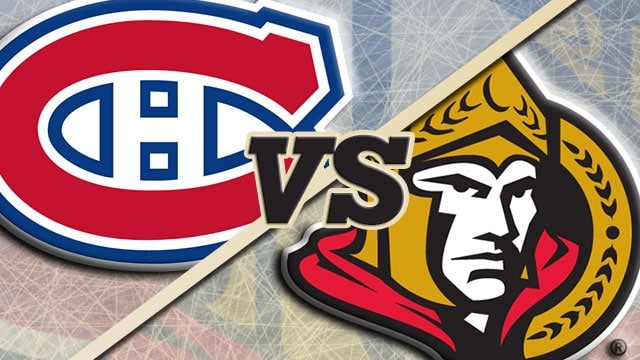 The Ottawa Senators, led by Jean-Gabriel Pageau and Anthony Duclair, are ready to take the ice against Tomas Tatar, Shea Weber, and the Montreal Canadiens at Bell Centre for a divisional showdown. Sportsnet will showcase the game, and the opening face-off takes place at 7:30 p.m. ET on Wednesday, December 11.

Losing 7.4 units for moneyline bettors, Montreal is 14-17 straight up (SU) overall this year. That early-season winning percentage is a regression from the 44-38 record that the team posted during the 2018-19 season campaign. Of the team’s 31 games this season, 16 have gone over the total, while 12 have gone under and just two have pushed. This season, the team’s 7-10 SU at home.

The Canadiens have converted on 20.0 percent of their power play opportunities this year, a mark that’s right around league average. On the other hand, their penalty kill is ranked 28th overall, and they’ve successfully killed off 75.8 percent of all penalties.

Boasting a .905 save percentage and 27.3 saves per game, Carey Price (13 wins, 12 losses, and three OT losses) has been the best goalkeeper for Montreal this season. Price did just play last night, however, so the team may choose to give him a rest and instead turn to Keith Kinkaid (1-5-5 record, .875 save percentage, 4.24 goals against average).

In the other locker room, Ottawa is 13-18 straight up (SU) and has netted moneyline bettors 0.2 units this season. A total of 16 of its games have gone under the total, while 15 have gone over and none have pushed. The Senators are 5-13 SU as an away team this season.

The Senators have converted on just 9.4 percent of their power play chances this season, a figure that’s ranked 32nd in the NHL. On the other hand, its penalty kill unit is ranked 13th overall and it’s successfully killed off 82.5 percent of all opponent power plays.

Anders Nilsson (28.3 saves per game) has been the primary option in goal for Ottawa. Nilsson has eight wins, nine losses, and one OT loss to his credit, while registering a .913 save percentage and 3.03 goals against average this year.

The over has hit in four of Ottawa’s last five outings.

This game features two of the tougher teams in the league. Ottawa skaters have given out the sixth-most hits in the league (26.0 per game) and the Canadiens have registered the third-most (28.5).