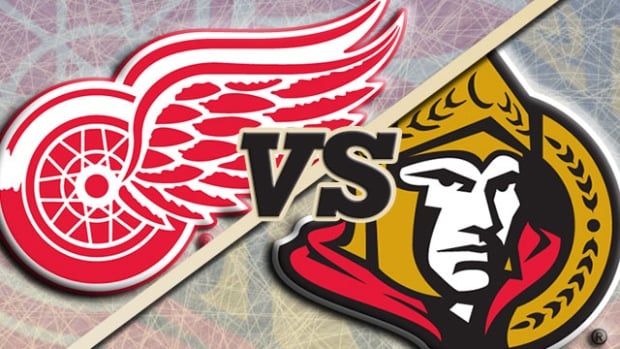 Little Caesars Arena is playing host to an enticing showdown as the Ottawa Senators travel to Motor City to meet the Detroit Red Wings. Fox Sports Detroit will showcase this Atlantic Division matchup, which gets underway at 7:30 p.m. ET on Friday, January 10.

Ottawa has converted on just 11.4 percent of its power play opportunities this year, a figure that places them in the bottom- overall among NHL teams. Its penalty kill is ranked 16th overall, and it has successfully killed off 81.1 percent of all penalties.

Averaging 28.5 saves per game with a .908 save percentage, Anders Nilsson (9-11-2) has been the primary option in goal for Ottawa this year. If Ottawa chooses to rest him, however, the team could roll with Craig Anderson (6-15-1), who has a .897 save percentage and 3.27 goals against average this year.

Anthony Duclair and Jean-Gabriel Pageau will both spearhead the attack for the visiting Senators. Duclair (32 points) is up to 21 goals and 11 assists, and has recorded multiple points in eight different games. Pageau has 19 goals and 11 assists to his credit, and has notched a point in 23 games.

On the other side of the ice, Detroit is 11-33 straight up (SU) and has lost 15.1 units for moneyline bettors this year. Through 44 regular season contests, 21 of its games have gone over the total, while 18 have gone under and just five have pushed. This year, the team is 7-15 SU at home.

Detroit has converted on just 15.2 percent of its power play opportunities this year, a mark that’s ranked 28th in the NHL. On the other hand, its penalty kill is ranked 29th overall, and it’s successfully killed off 74.1 percent of all opponent power plays.

Jonathan Bernier has stopped 25.9 shots per game as the primary option in the crease for Detroit. Bernier has nine wins, 18 losses, and two overtime losses and has maintained a pedestrian 3.04 goals against average and a subpar .903 save percentage this season.

The home team will be led on offense by Tyler Bertuzzi (15 goals, 17 assists).

The total has gone under in four of Detroit’s last five outings.

Six of Ottawa’s last ten games have been decided by two goals or more. The team is 1-5 in those games.

Ottawa skaters have accounted for the fifth-most hits in the league (27.5 per game).