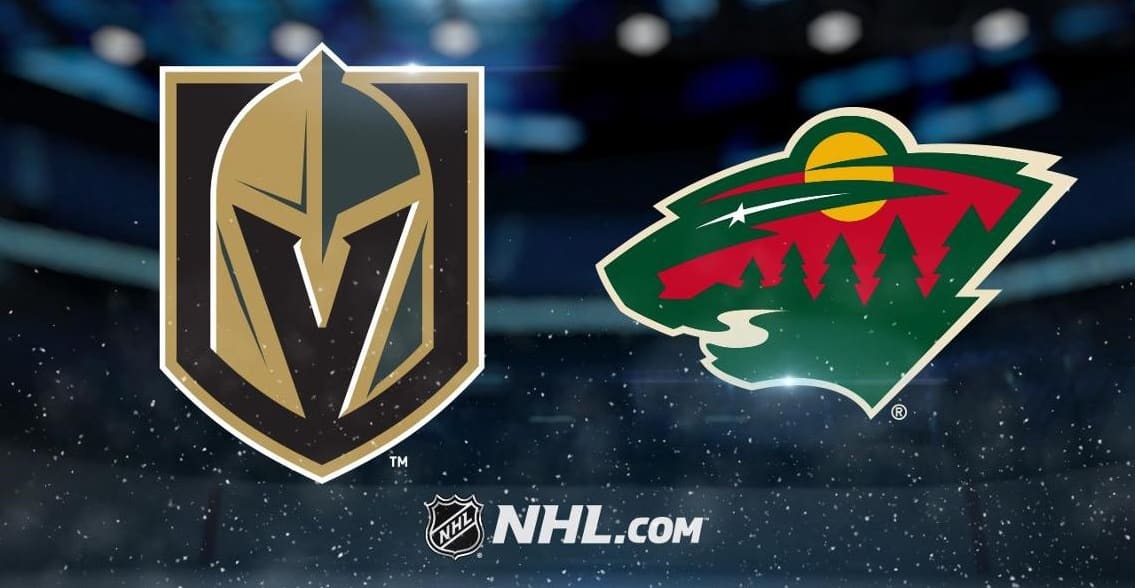 The Minnesota Wild finally saw their six-game winning streak come to an end, losing to the Vegas Golden Knights on Monday in overtime, 5-4. Now they look to rebound and get back in the win column in this rematch on Wednesday.

Here you can find the best picks, news, and stats for this West Division battle at T-Mobile Arena. Vegas comes in as the favorite at -143. This according to PointsBet Sportsbook, puts the odds for Minnesota at +123, making them the underdog.

Centers Marcus Johansson and Marco Rossi are both out for Minnesota with upper-body injuries. Backup goaltenders Robin Lehner and Jiri Patera are out for Vegas. Defenseman Brayden McNabb is also listed as out indefinitely.

The Minnesota Wild (12-6-1) have recorded at least one in seven straight games. That is helped to catapult the team into third place in the West Division, and they have the second-best winning percentage. The Wild have been outstanding on the road at 7-3-1 and now have a +12 goal differential, second-best in the division.

Minnesota is averaging 3.21 goals per game (10th in the NHL) while allowing 2.58 per contest (6th). The penalty killing units have been outstanding, eighth in the NHL at 82.6%. It has been solid goaltending for Minnesota that has spurred this run. With Cam Talbot out for most of the last three weeks, rookie Kaapo Kahkonen has picked up the slack. Kahkonen has appeared in 12 games and has a 2.41 GAA and a .915 save percentage. He has allowed nine total goals in his last five starts.

While the penalty-killing units have been great, the power play has been abysmal. Minnesota is last with 7.9%.

The Vegas Golden Knights (13-4-1) have won three straight games. They own the top record in the division both by the number of points and winning percentage. They also have a +16 goal differential, the best in the division. Vegas has been great at home, going 9-2-1.

The power-play units have been good enough for Vegas. They are at 20.7% (16th). Mark Stone had five assists in the victory over the Wild on Monday. He now has 18 assists in 22 points, both numbers lead the team.

I expect to see Kahkonen back in the net for Minnesota on Wednesday which is bad news for Vegas. He has been fantastic of late, and the team has been performing better in front of him. It took five goals in a very bad performance by Talbot for Vegas to defeat Minnesota. I think that is a clue of how good this Wild team is.

These are two of the better defensive teams in the NHL and the teams combined for nine total goals on Monday. That is surprising, to say the least. I think no one should expect a similar performance out of these teams on Wednesday. Fleury has been exceptional this season, and both Talbot and Kahkonen are better than what we saw on Monday.

Minnesota steps up their checking game to help keep the score down. Vegas will play right along.