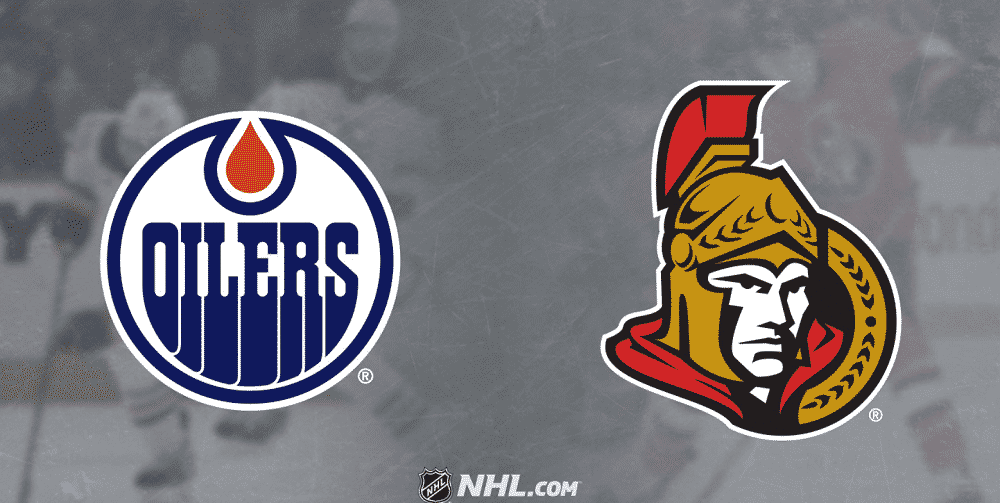 The Edmonton Oilers and Ottawa Senators will open a two-game series at Canadian Tire Centre in Ottawa on Monday, February 8, 2021, so I’ve prepared all need-to-know betting tips and trends for this North Division showdown along with my best betting pick.

The Oilers and Senators already met in a two-game set last week, and Edmonton dominated Ottawa as firm home favorites, 8-5 and 4-2. This time, the Oilers are listed at -195 to win straight up on BetMGM Sportsbook, while the Senators are +177 moneyline dogs.

The Edmonton Oilers (6-7-0) are coming off a 6-4 defeat at their arch-rivals, the Calgary Flames, putting an end to a three-game winning streak. They had a 2-1 lead at the end of the first period, but the Flames responded in the second and controlled the game for the rest of the way.

It was another awful defensive performance by the Oilers who yielded six goals on 28 shots while taking 32 in a return. Connor McDavid scored his ninth goal of the season, and he’s leading the way for Edmonton with a whopping 26 points in 13 outings.

We’ll see who’s going to guard the cage Monday in Ottawa. Mike Smith is available to play after missing the first 13 games of the season, and Mikko Koskinen has been properly overworked in his absence. Koskinen is 5-7-0 with a 3.55 GAA and a .889 save percentage.

Ottawa sits bottom of the North

The Ottawa Senators (2-9-1) are off to a terrible start of the 2021 NHL season, earning just five points through their first 12 contests. After those two defeats at Edmonton, the Senators split a two-game set at Montreal which is a positive sign, for sure.

They beat the Canadiens 3-2 even though their rivals took 38 shots towards Matt Murray. Montreal bounced back with a 2-1 win, and Murray had another good game with 30 saves, but the Senators scored only one goal on 35 shots.

It’s clear who’s a better team here. The moneyline odds on the Oilers are not tempting, but I don’t feel comfortable with a puckline simply because Edmonton’s defense has been terrible thus far. Ottawa covered a 1.5-goal spread in five of its last six outings at home while going 3-3 straight up in that stretch.

Edmonton surrenders the third-most goals per game in the NHL (3.77) while scoring the seventh-most in a return (3.54). On the other side, Ottawa has the worst defense in the league, yielding 4.33 goals per contest, while the Senators score 2.33 goals per game (26th in the NHL).

Considering these stats, I cannot expect to see a low-scoring affair. Although the line at 6.5 goals is a tricky one, betting on the over is the logical choice here. The over is 6-1-1 in the last eight encounters between the Oilers and Senators.