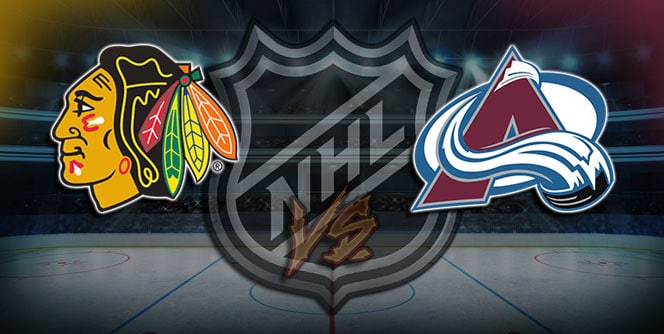 Nathan MacKinnon, Cale Makar, and the Colorado Avalanche will face off against Patrick Kane, Alex DeBrincat, and the Chicago Blackhawks at the United Center in a divisional showdown. Altitude Sports & Entertainment will broadcast the game, which gets going at 4 p.m. ET on Friday, November 29.

Colorado has converted on 18.8 percent of its power play chances this year, a figure that’s right around league average. Its penalty kill is ranked 23rd out of 31 teams, and the team’s successfully killed off 75.3 percent of its penalties..

Boasting a .912 save percentage and 28.3 saves per game, Philipp Grubauer (8-7-2) has been the primary option in goal for Colorado this season. If Colorado chooses to rest him, however, they may turn to Pavel Francouz (5-3 record, .920 save percentage, 2.55 goals against average).

On the other bench, Chicago is 10-14 straight up (SU) and has lost 2.1 units for moneyline bettors this year. Through 24 regular season contests, 15 of its games have gone under the total, while eight have gone over and just one has pushed. It’s 7-7 SU as the home team this season.

The Blackhawks have converted on just 13.5 percent of their power play chances this year, a figure that’s ranked 28th in the NHL. On the other hand, its penalty kill is ranked 17th overall, and it’s successfully killed off 81.3 percent of all opponent power plays.

Robin Lehner (33.5 saves per game) has been the top selection in the crease for the Blackhawks. Lehner has five wins, eight losses, and four overtime losses and has recorded a strong .938 save percentage and 2.38 goals against average this year.

Seven of Chicago’s last ten contests have been decided by two or more goals, and the team is 5-2 overall in those games.

The Blackhawks are 4-8 SU in games where they serve more penalty minutes than their opponent while the Avalanche are 3-3 SU when they spend more time in the box than the opposition.

The total has gone under in each of Chicago’s last five outings.

Colorado has averaged 7.0 giveaways over its last five home games, an improvement from its season average of 7.9 giveaways per game (the third-fewest in the league).

Chicago skaters have averaged 12.8 giveaways over its last five home games, a rise over its season average of 11.1 giveaways per game (ranked 21st).

The Hawks this season have recorded the sixth-most hits in the NHL (26.0 per game).