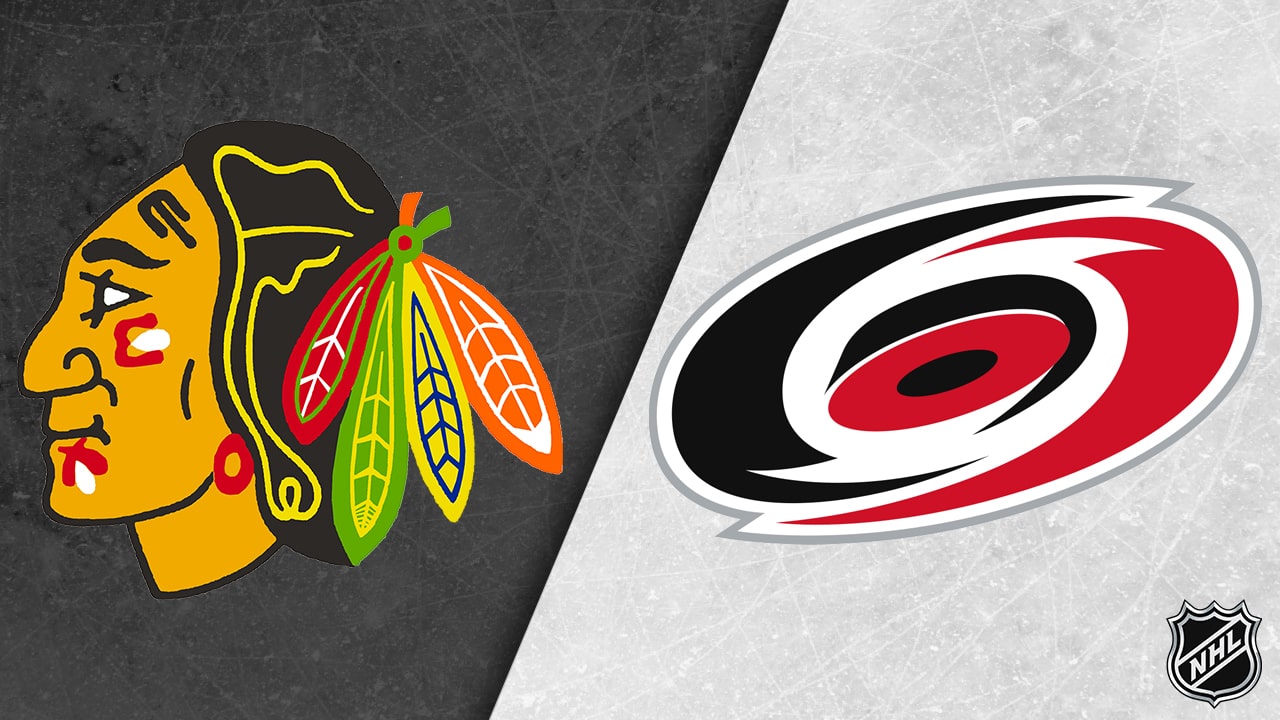 The Carolina Hurricanes will be looking for their fourth straight victory over the Chicago Blackhawks on Thursday. Carolina defeated Chicago twice already this week, including a 6-3 victory on Tuesday.

Here you can find the best picks, news, and stats for this Central Division battle at PNC Arena. Carolina is the favorite at -270. This according to PointsBet Sportsbook, which puts Chicago at +235 as the underdog.

Chicago jumped out to a 2-0 first-period lead, then watched Carolina score four unanswered goals as they fell, 6-3. Alex DeBrincat scored two goals and Patrick Kane added two assists for the Blackhawks. Collin Delia was able to stop just 22 of 26 shots.

Chicago is 17th in the NHL in goals per game at 2.81 and is 14th in shooting percentage at 9.6%. The Blackhawks are 10th on the power-play at 22.0%. Kane leads the team in scoring with 49 assists and 64 points. He has 21 power-play points this year. With his two goals on Tuesday, DeBrincat now leads the team with 28 goals and has 51 points.

Nino Niederreiter and Andrei Svenchnikov each scored two goals to help lead Carolina to a 6-5 victory over Chicago on Tuesday. Svenchnikov added an assist to finish with three points. Sebastian Aho and Vincent Trocheck each had a pair of assists and Teuvo Teravainen had a goal and two assists for the Hurricanes.

Carolina is averaging 3.26 goals per game, 10th overall, and they are 10th in shooting percentage at 10.2%. The Hurricanes are second on the power-play at 26.6%. Aho now has 33 assists and 57 points to lead Carolina. Aho is also the team leader in goals with 24. Trocheck is second with 43 points.

The Hurricanes have been dominating Chicago of late, and there is no reason to believe that is going to change in this game. The Hurricanes are finding every which way to score, putting 11 goals up on the Blackhawks in the last two games. Carolina is looking to secure that top spot in the NHL, and they are 20-3-4 at home. Take the Hurricanes all day.

These teams have been putting up a lot of goals in the last two contests, with seven total scored on Monday and 11 total scored on Tuesday. However, I am going under in this contest. Carolina needs to start tightening up their defense as they get closer to playoff time, and that means playing a tighter checking game.