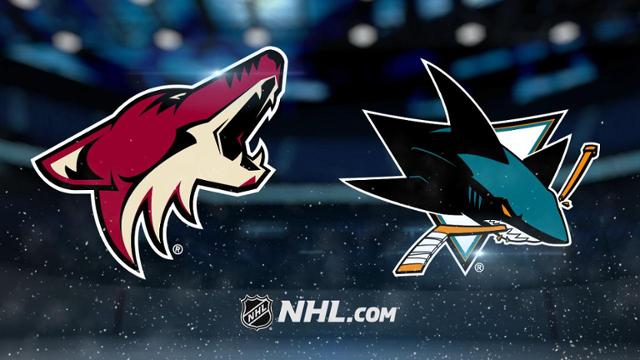 Nick Schmaltz, Clayton Keller, and the Arizona Coyotes are set to face off against Evander Kane, Logan Couture, and the San Jose Sharks at the SAP Center in a divisional showdown. Fox Arizona Plus will broadcast the matchup, and the action gets going at 10:30 p.m. ET on Tuesday, December 17.

Arizona has converted on 20.8 percent of its power play opportunities this year, a figure that places them in the top-10 among NHL teams. Its penalty kill is ranked 15th overall, and it has successfully killed off 80.8 percent of its penalties..

Averaging 29.0 saves per game with a .935 save percentage, Darcy Kuemper (14-9-2) has been the best option in goal for Arizona this season. If head coach Rick Tocchet decides to rest him, however, the team could go with Antti Raanta (5-7-2), who has a .919 save percentage and 2.72 goals against average this year.

Over on the other bench, San Jose is 16-19 straight up (SU) and has lost 6.0 units for moneyline bettors thus far. 17 of its matches have gone over the total, while 16 have gone under and just two have pushed. The team is 10-8 SU at home this year.

The Sharks have converted on just 15.4 percent of their power play chances this year, a mark that places them in the bottom 5 overall among NHL teams. On the other hand, its penalty kill is ranked first overall, and it’s successfully killed off 88.1 percent of all penalties.

Martin Jones (24.8 saves per game) has been the primary selection in goal for the Sharks. Jones has 12 wins, 15 losses, and one overtime loss to his credit and has recorded a pedestrian 3.30 goals against average and a poor .888 save percentage this year.

Three of the Coyotes’ last ten games have ended in a shootout. The team is 2-1 in those games and 5-2 overall in shootouts this season.

The over has hit in three of Arizona’s last five games.

Nine of San Jose’s last ten contests have been decided by two or more goals, and the team is 3-6 overall in those games.

The Sharks this season have tallied the 11th-most hits per game in the NHL (22.2).