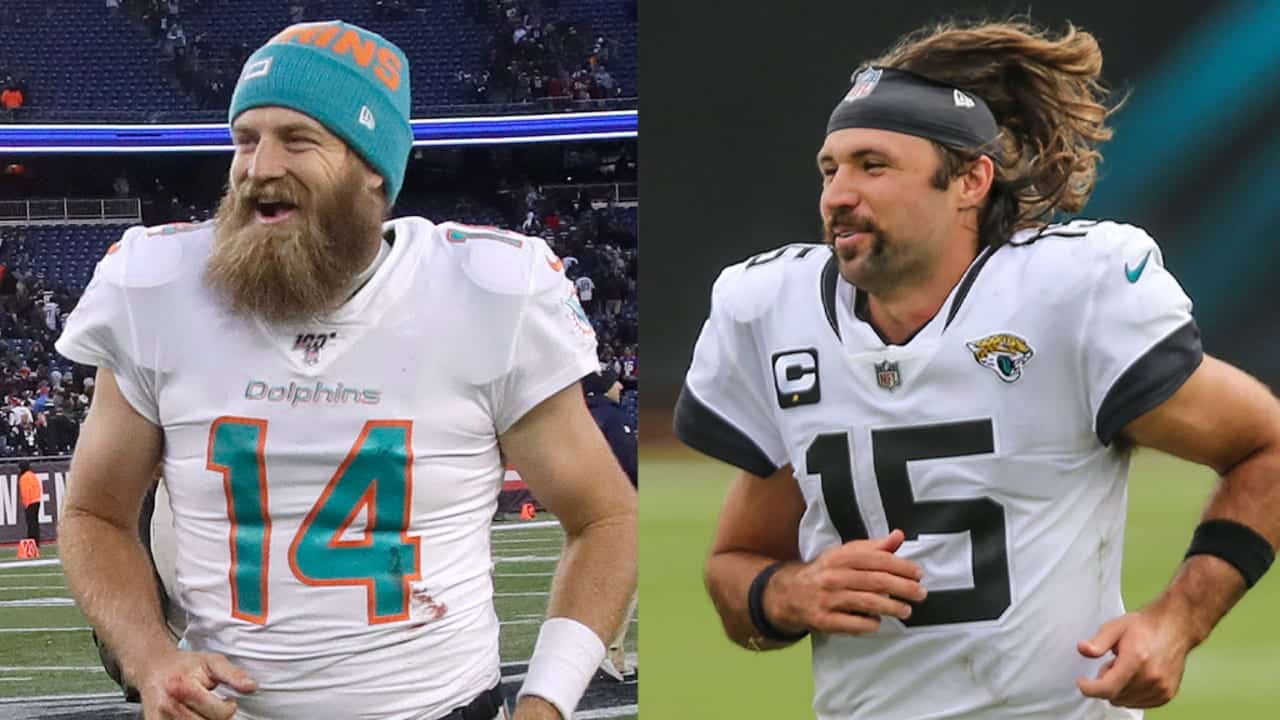 If Thursday night’s game between the Miami Dolphins and Jacksonville Jaguars was going to be decided by its starting quarterbacks’ facial hair, it could be the game of the year. Will Ryan Fitzpatrick and his epic beard lead Miami to its first win of the season? Or will Gardner Minshew and his mustache take the win?

Football games are, of course, not decided by facial hair. But both quarterbacks will likely play a significant role in the outcome—which you can bet on at just about any sportsbook. However, at PointsBet.com, you can make it all about the quarterbacks.

After watching him throw for 339 yards against the Tennessee Titans last week, this one might seem like a no-brainer. But those numbers were likely inflated because the team needed to close the gap in the second half.

They scored on their first three possessions of the second half, tying the game up at 30-30 about halfway through the fourth.

However, in Week One against the Colts, despite completing 19 of 20 passes, Minshew only tallied 173 yards. But with the defense often setting the Jags up with short fields, he didn’t need to throw for a lot of yards.

He could be in for a good night against the Dolphins. While they limited Cam Newton to a degree in Week One, the Dolphins defense was decimated by Josh Allen in Week Two.

SIt is not hard to imagine Minshew having a good night and going for 250+ against the Dolphins. But can we count on Ryan Fitzpatrick to do the same? He only had 191 yards against a good Patriots defense, but then the following week threw for 328 against a good Buffalo defense.

If he can play that well against a good defense, then theoretically, he should be able to do just as well against a Jaguars defense that has given up almost 300 yards a game through the air. Since the Dolphins run game has not been too significant, they will likely ask more of Fitzpatrick if they will try to win.

The Jaguars did not draft a quarterback this year because they wanted to see what Gardner Minshew had to offer. So far, the returns have been good. They will likely continue to count on him and feature the passing game going forward.

As for the combined passing yards between the two, the only real question left to ask is whether Fitzpatrick is good for at least 250+. The answer—yes. His odds to get 250+ are -264, which means he is likely good for at least that.

Odds On When Will The New York Jets Win Their First Game?