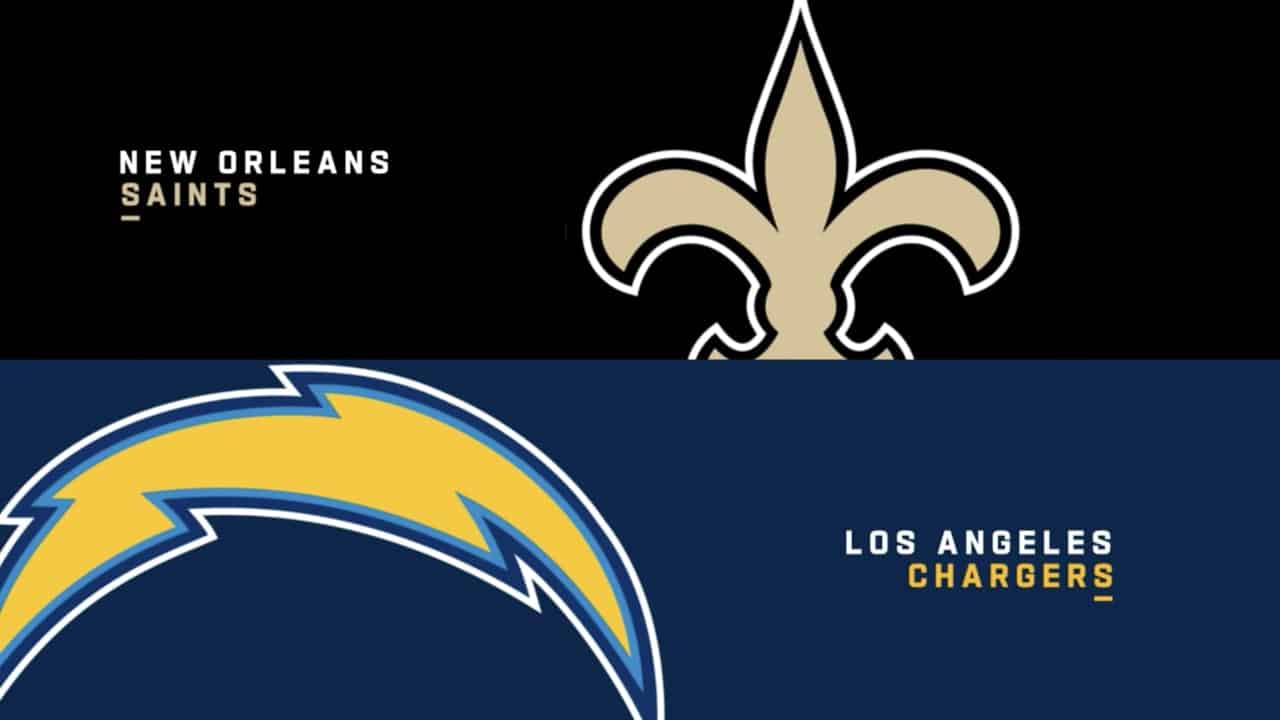 A fun Monday Night Football game is on the schedule for week five when the Los Angeles Chargers (1-3) visit the New Orleans Saints (2-2) on Monday, October 12, 2020. New Orleans had a nice week four win and Los Angeles will be disappointed with blowing their big lead against Tampa Bay. This game will air live on ESPN at 8:15 p.m. EST.

Below is my best bet for Week 5 action between the Los Angeles Chargers at New Orleans Saints. All lines are from BetMGM Sportsbook.

Los Angeles traveled to Tampa Bay in week four and left with a disappointing 38-31 defeat. The Chargers were up 24-7 late in the second quarter, but Tampa Bay scored 31 of the 38 points to come back and get a huge win. Los Angeles led 31-28 going into the fourth quarter, but Tom Brady led two scoring drives, and the Tampa defense showed up, to move Tampa Bay to 3-1. Rookie QB Justin Herbert went 20/25 for 290 yards, three touchdowns, one interception, and was the teams leading rusher with 14 yards on the day. Herbert threw two 50+ yard touchdowns on the day, as well, a g72 yarder to Jalen Guyton and a 53 yarder to Tyron Johnson.

The New Orleans Saints traveled to Detroit to face the lowly Lions and left with a 35-29 victory. Detroit jumped to a 14-0 first quarter lead, so New Orleans had the Lions right where they wanted since they are allergic to keeping those leads. After going down 14-0, New Orleans reeled off five consecutive touchdown drives to take a 35-14 lead and put this game away. Detroit fought back to make the final minutes a little uncomfortable, but New Orleans held on for the big win. The Saints running backs had themselves a day as Alvin Kamara rushed 19 times for 83 yards and one touchdown, and Latavius Murray rushed 14 times for 64 yards and two touchdowns. Wide receiver Tre’Quan Smith had four receptions for 54 yards and two touchdowns.

Series History: New Orleans has won the last three meetings between these two teams, and four of the last five, but Los Angeles leads the all-time series 7-5.

NFL Picks: I hate the line, but I am still going to back New Orleans -7.5 Monday night.