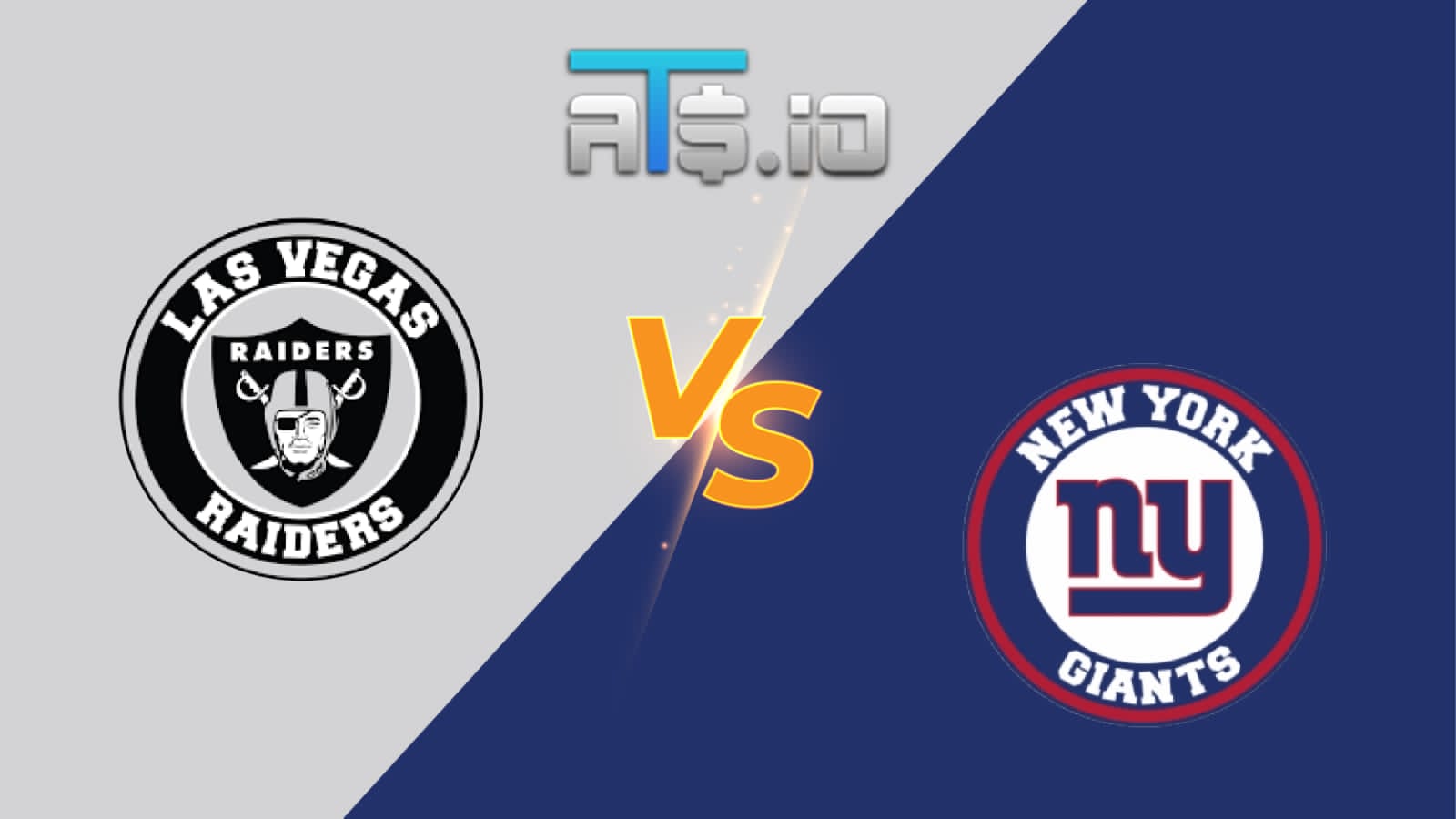 The Las Vegas Raiders have been one of the most fascinating stories in the NFL this season, winning games despite a turbulent year behind the scenes. At 5-2, they are the surprising leaders of the AFC West, and will look to pad their lead over the rest of the division this week against the New York Giants. In our NFL betting picks for this week, we look at Raiders vs Giants as Las Vegas attempts to keep its strong season going.

DraftKings is offering 40/1 odds on either team to win this game. Bet $5 on Raiders vs Giants and win $200 if that team wins. Click Here Now

When betting on Raiders vs Giants, new bettors at DraftKings Sportsbook can take advantage of a new player promo that offers a $200 payout on a $5 bet. Bettors can wager on either side to win this football game. If that bet wins, the bettor will receive $200 in free bets to be used at DraftKings.

✅ The Raiders are better than the Giants in most statistical categories this year. Las Vegas ranks in the top-ten in yards per play for and against, while the Giants are in the middle of the pack in both. While home field advantage could level these out somewhat, the Raiders are still in position to come away with a win here.

✅ While the Raiders are making the long trip East for this game, they are coming off of their bye while the Giants are off of a short week of rest. The Giants just played a grueling game against the Chiefs on Monday Night Football, which could mitigate their home field advantage after going down to the wire against Patrick Mahomes and Kansas City.

The Las Vegas Raiders enter this week’s clash with the Giants off of their bye week, which came after the team picked up two straight wins without head coach Jon Gruden. In the two wins prior to the bye week, the Raiders managed to get the better of the Denver Broncos and Philadelphia Eagles. Now they come into a road game well-rested against another struggling opponent.

Ironically, the Raiders’ offense has kicked into gear since the resignation of Jon Gruden. Las Vegas has scored 33.5 points per game since Gruden left the organization. But the Raiders will need to be on top of their game this week against a Giants defense that is fresh off of holding Patrick Mahomes in check on Monday night.

The New York Giants dropped to 2-6 on the season when they lost to the Kansas City Chiefs on Monday Night Football. They kept the game closer than expected, losing 20-17 to the Chiefs and their vaunted passing attack. But there are no moral victories in the NFL, and losing a close game counts the same way in the standings as a blowout loss.

For the Giants, the performance of their offense left a lot to be desired against the Chiefs. Kansas City has been struggling mightily on the defensive side of the ball, but they managed to hold the Giants to just 17 points for that game. Against a stingy Las Vegas defense, Daniel Jones will need to be much more precise.