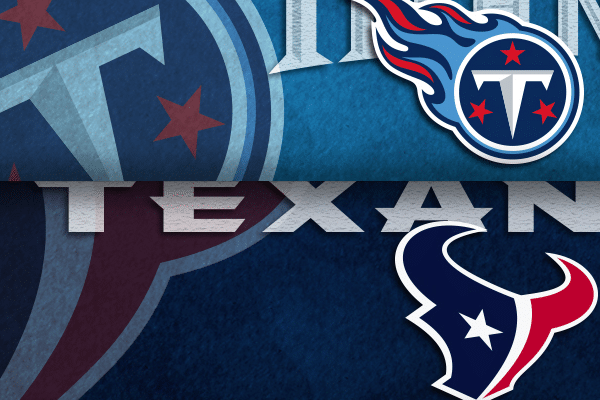 The biggest divisional matchup of Week 15 takes place in Nashville as the top spot in the AFC South is up for grabs when the 8-5 Houston Texans take on the 8-5 Tennessee Titans.

Houston enters Week 15 leading the AFC South, but tied on record with the Tennessee Titans. The Texans currently hold the division lead based on having a better win percentage in division games. A win Sunday would give Houston a leg up in the AFC South race, but a loss could see the Texans outside of the playoffs heading into Week 16.

Tennessee enters play as the first team out of the AFC playoffs, but could find themselves in the #4 seed with a win Sunday. A loss Sunday would be a big hit to the Titans playoff hopes while a win would see their playoff chances spike up.

Below is my best bet for the Houston Texans at Tennessee Titans. All lines are from PointsBet Sportsbook

The Houston Texans two game winning streak came to an end last week with a shocking 38024 home loss to the Denver Broncos. Houston quickly found themselves in a 21-0 hole and could never comeback as the Texans trailed by as many as 35 points midway through the third quarter. It was a disappointing result for a team coming off two big conference wins prior to this week. Houston looked like a potential AFC playoff bye candidate, but now are in real danger of missing the playoffs all together. The Texans are 3-3 on the road this season with notable wins over Kansas City and the Chargers, but losses to New Orleans, Indy and Baltimore.  Houston is 6-7 against the spread and the under has hit in seven of their 13 games this season.

Tennessee entered last Sunday as one of the hottest teams and the lead and continued that trend with a big 42-21 road win over the Oakland Raiders. This game was 21-21 at the half, but the Titans defense came up big in the second half holding Oakland to zero points and scoring seven points of their own on a fumble recovery for a touchdown. Sunday was Tennessee’s fourth straight win and the Titans have won six of their last seven games overall. The Titans are 4-2 at home this season with notable wins over Kansas City and the Chargers, but losses to Indianapolis and Buffalo. Tennessee is 8-5 against the spread and the over has hit in eight of their 13 games this season – seven in a row.

Series History: The Texans won the most recent meeting between these two, but it is the Titans who lead the all-time series 18-16.

Free NFL Pick: This spread seems right and I am backing Tennessee -3 in this one.