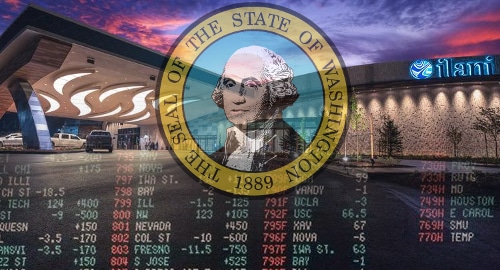 The legalization may seem to come at a bad time with the current sports hiatus due to the COVID-19 outbreak. However, sports betting is still months away in Washington as there is still plenty of work that has to be done. The tribes and the state still have to do some negotiating before sports betting can even begin. Negotiating these compacts could take months and sports betting may not even launch until after the summer. Possibly not until the start of the NFL season.

The bill passed with relative ease, passing the House 84-14 and the Senate 34-15. However, not everyone is excited about the bill’s passage. The bill was able to pass a voter referendum due to an emergency provision in the bill. Despite this, Washington may not be completely out of the water just yet.

There are 29 federally-recognized tribes in the state of Washington. Their opposition to gambling expansion is a big part of why the tribes were given exclusivity to legal sports betting in the state. Heavy lobbying on the part of the tribes helped the bill make its way through the legislature.

Other gambling establishments in Washington of course do not approve of the exclusivity given to the tribes. Mini-casinos, horse racing tracks and card rooms all were hoping to get a slice of the pie as well. These establishments may go as far as challenging the new sports betting law.

One of the biggest opponents of the bill was Maverick Gaming, who recently purchased 19 of the state’s non-tribal card rooms. Maverick Gaming CEO, Erik Persson, even contacted Governor Inslee directly asking for him to veto the final version of the bill.

The lack of mobile betting in Washington will benefit neighboring Oregon to the south. Oregon does have legal mobile sports betting which Washington residents near the Oregon border can take advantage of. Instead of traveling longer distances to tribal casinos and having to bet in person, Washington residents can just enter Oregon state lines and place bets on their phones.

As for the tribal sportsbooks in Washington, they are expected to range from full fledged sportsbooks at some casinos to simple betting kiosks at others.