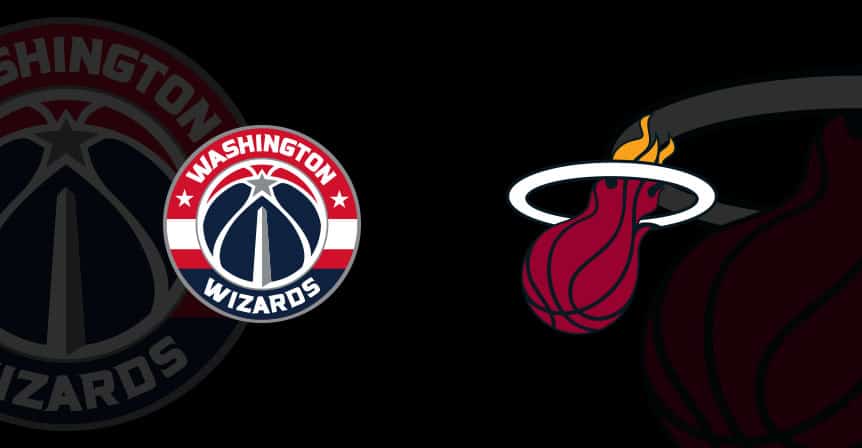 The Washington Wizards and Miami Heat lock horns for the second time in three days, so I bring you the best betting pick for their Friday night’s Southeast Division showdown at American Airlines Arena in Miami.

The Heat opened as 6.5-point favorites for Friday’s clash, according to William Hill Sportsbook. They’ve won six of the last eight encounters with the Wizards, but Miami covered the spread only twice in that span.

The Washington Wizards (5-13; 8-10 ATS) won another close game after beating the mighty Brooklyn Nets 149-146 this past Sunday. They erased a 13-point second-half deficit, outlasting the Heat on the back of another Bradley Beal’s tremendous performance.

Beal went off for 32 points on 11-for-23 shooting to go with eight boards and four assists, becoming the fifth player in NBA history to start a season with 25-plus points in all of his first 17 outings. Russell Westbrook (rest) didn’t suit up, while Rui Hachimura and Davis Bertans scored 11 points each.

Interestingly, the Wizards beat the Heat on the second day of a back-to-back set after losing to injury-depleted Portland Trail Blazers 132-121 as 3-point favorites. They score 111.8 points per 100 possessions (12th in the NBA) but surrender 116.5 in a return (28th), and the Wizards will have to improve a lot defensively if they want to challenge the playoff berth.

The Miami Heat (7-14; 6-14-1 ATS) have had a ton of COVID-19 and injury issues over the last few weeks, and some of their best players have missed multiple games including Jimmy Butler, Goran Dragic, and Tyler Herro. It’s no strange that Miami has dropped seven of its previous eight games while going 1-7 ATS in the process.

The Heat might need some time to gel things. They allowed 14 offensive rebounds to the Wizards last Wednesday while making only 43.4% of their field goals and 34.3% of their 3-pointers.

Both Washington and Miami are already in trouble even though there are plenty of games to be played. The Wizards are a mediocre team with a couple of All-Stars in Beal and Westbrook, but the Heat are the reigning NBA vice-champions with plenty of talent on their disposal.

I’m expecting Miami to bounce back and beat the Wizards by seven or more points. The Heat need to find their defensive mojo, as scoring against the Wizards shouldn’t be a problem. Jimmy Butler will have to do a much better job on Bradley Beal while controlling the glass is a must for Miami. This is the clash of the two worst rebounding teams per 100 possessions.

The Wizards failed to score more than 107 points in five straight showings on the road, and the under is 4-1 in that stretch. As I’ve mentioned, Miami has to defend well and slow down the Wizards who play at the fastest pace in the league, averaging 104.0 possessions per 48 minutes.

The under is 6-3 in Miami’s last nine games overall. On the other hand, the over is 9-3 in the last 12 meetings between the Heat and Wizards, but eight of their previous ten H2H duels produced fewer than 229 points in total.