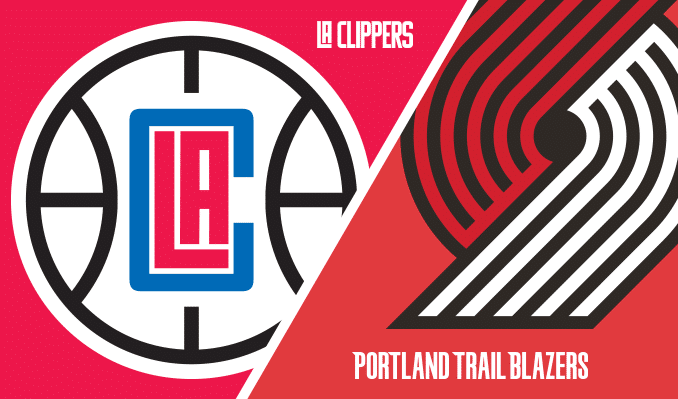 In the Trail Blazers’ last outing, they were 11.5-point favorites and fell to the Golden State Warriors, 127-118. The game’s combined points (245) were well over the O/U total of 220. Golden State was successful at getting to and converting from the free throw line. The Warriors made 33 of their 36 free throws (91.7 percent), while the Trail Blazers were 11-14 (78.6 percent). Damian Lillard was the top scorer from either team with 39 points on 15-for-26 shooting.

The Clippers fell to the Milwaukee Bucks in their last outing, 129-124, despite being 4.5-point favorites. The combined points for the game (253) finished well over the projected point total of 213. Milwaukee’s turnover percentage was their largest advantage over Los Angeles. The Bucks posted a mark of 11.7 (stronger than their season average of 11.9), while the Clippers had a rate of 14.3. With 34 points on 13-for-25 shooting, Montrezl Harrell was Los Angeles’ high scorer.

The Trail Blazers won three out of four matchups against the Clippers last season. In the last matchup, Portland won 125-104. Portland’s 0.552 effective field goal percentage was its largest strength over Los Angeles, who had a rate of 0.447.

Portland heads into the contest with records of 3-4 straight up (SU) and 4-3 against the spread (ATS). Games involving the Trail Blazers have a tendency to go over the total (57.1 percent).

Los Angeles figures to have the advantage on the offensive side of the ball. The Clippers rank seventh in offensive efficiency, while the Trail Blazers rank 19th in defensive efficiency dating back to last season. Also, the Trail Blazers rank second in offensive rebounding percentage (25.8 percent), while the Clippers rank 25th in defensive rebounding percentage (76.2 percent).

Each team is strong when holding the opposition to under 100 points, as Los Angeles is 10-1 and Portland is 20-2.

The Trail Blazers average 47.4 rebounds per game, which ranks fourth in the NBA. The Clippers rank 17th in rebounds allowed per game (45.6).