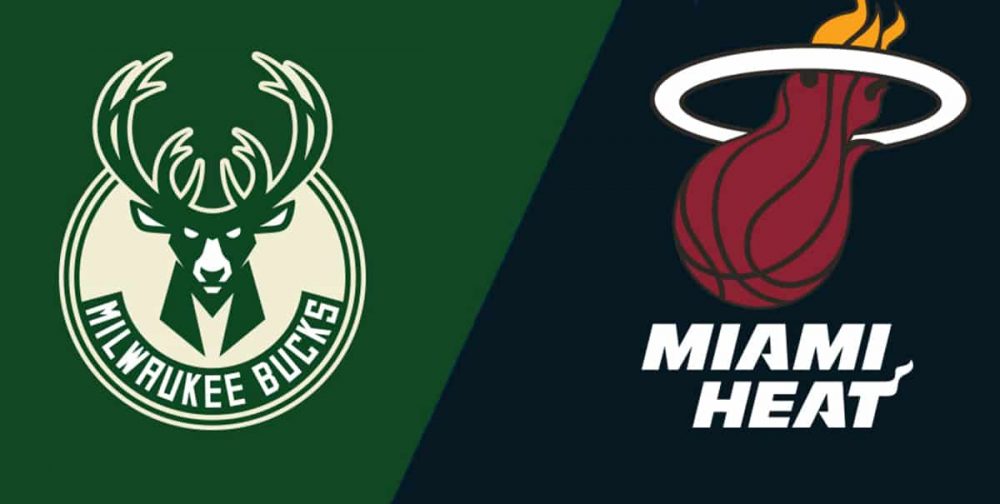 The Milwaukee Bucks head to American Airlines Arena in Miami on Thursday night to take on the Miami Heat in Game 3 of their Eastern Conference first-round playoff series. The Bucks have won the first two games on the home court, so the Heat are already in a must-win situation, promising a great battle Thursday, so here’s the best Milwaukee vs. Miami betting pick along with the latest odds on BetMGM Sportsbook.

Milwaukee beat Miami in their three-game regular-season series, 2-1, winning one of their two encounters at American Airlines Arena. After a narrow 109-107 overtime victory in Game 1 of this playoff set, the Bucks thrashed off the Heat in Game 2, 132-98, easily covering a 5-point spread.

The Milwaukee Bucks earned the No. 3 seed in the East posting the sixth-best offensive rating in the NBA (117.2 points per 100 possessions) and 10th-best defensive rating (111.4), but their defense was a key factor at the start of the postseason.

The Bucks held the Heat to 36.4% shooting from the field in Game 1. They completely dominated the second clash of the series, posting 61 total rebounds including 21 on the offensive glass while allowing the Heat to make just eight triples out of 28 attempts (28.6%).

Giannis Antetokounmpo tortured Miami for 31 points, 13 rebounds, and six assists in Game 2. Khris Middleton added 17 points and three assists, while Bryn Forbes and Pat Connaughton combined for 37 points off the bench while shooting 11-for-18 from beyond the arc.

The Heat have to find their offensive mojo

The Miami Heat haven’t played like the reigning vice-champions last Monday, allowing the Bucks to control the glass and take a lot of open 3-pointers all night. On the other side of the ball, the Heat were a disaster, and their starting lineup combined for a paltry 45 points.

Jimmy Butler finished Game 2 with just 10 points and four assists, shooting 4-for-10 from the field and 2-for-4 at the line. Bam Adebayo had 16 points and only three rebounds, while Goran Dragic and Dewayne Dedmon combined for 37 points off the bench. Tyler Herro played just 18 minutes and accounted for four points and three boards.

As I’ve mentioned above, Miami is in the must-win situation, as another loss will get them in dire straits. Nobody has ever overcome a 3-0 deficit on the NBA Playoffs, so I’m backing the Heat to step up on the home court and win Game 3.

Miami has won seven of its last nine games at home. Also, the Heat are 8-3 straight up and ATS in their previous 11 home encounters with the Bucks. Milwaukee is allowing its opponents to make 38.4% of their 3-pointers, and I think the Heat will get things going offensively in the biggest game of the season so far.

The Heat have to execute well offensively if they want to beat Milwaukee, but they also need to do a much better job on the glass and force the Bucks into some tough shots. On the other side, Milwaukee will look to control the flow on the back of their defense, so I’m backing the under on the totals.

The Bucks love to push the ball in transition and average 102.2 possessions per 48 minutes (tied-2nd in the NBA). Miami plays at the second-slowest pace in the league, recording just 96.6 possessions per 48 minutes, so the Heat will try their best to slow down things as much as they can. Seven of the last nine matchups between the Bucks and Heat in Miami went in the under.