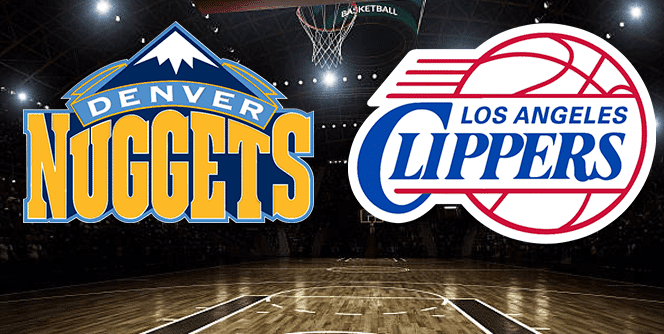 Denver is a 1-point favorite on the opening line, while the game’s Over/Under (O/U) opened at 221 points.

The last time the Clippers played, they defeated the Golden State Warriors, 109-100, but they failed to cover as 14.5-point favorites. The combined points for the game (209) finished under the projected point total of 217. Los Angeles’ 0.554 effective field goal percentage was their biggest advantage over Golden State, who had a mark of 0.427. The Clippers’ mark was above their season average of 0.527, while the Warriors’ was below their season average of 0.485. Los Angeles was led by Kawhi Leonard, who was the game’s high scorer with 36 points on 14-for-25 shooting.

The Nuggets were beaten by the Cleveland Cavaliers in their last contest, 111-103, despite being 4.5-point favorites. The combined points for the game (214) came in under the projected point total of 223.5. Cleveland’s offensive rebounding percentage was their biggest advantage over Denver. The Cavaliers had a rate of 27.9 (above their season average of 23.8), while the Nuggets posted a mark of 20.4. Denver’s Nikola Jokic recorded 19 points, 12 rebounds and five assists in the contest.

Los Angeles holds records of 27-12 straight up (SU) and 20-18-1 against the spread (ATS). Games featuring the Clippers have gone under the total 53.8 percent of the time.

After the Nuggets won three out of four games against the Clippers last season, these teams will battle for the first time this year. In the last matchup, Denver won 123-96. Denver’s rebounding was their biggest strength. The Nuggets had 12 offensive rebounds and 56 total rebounds, while the Clippers had seven and 38, respectively.

The Clippers rank first in second chance points per game (15.1) while the Nuggets rank seventh (14.1).

Over its last five games, Los Angeles is 2-3 ATS with 3 overs and 2 unders.

Denver is 3-2 ATS with 4 overs and 1 under over its last five games.

The Clippers’ average margin of victory in their last five games has been 3.6, down from 6.1 for the season.