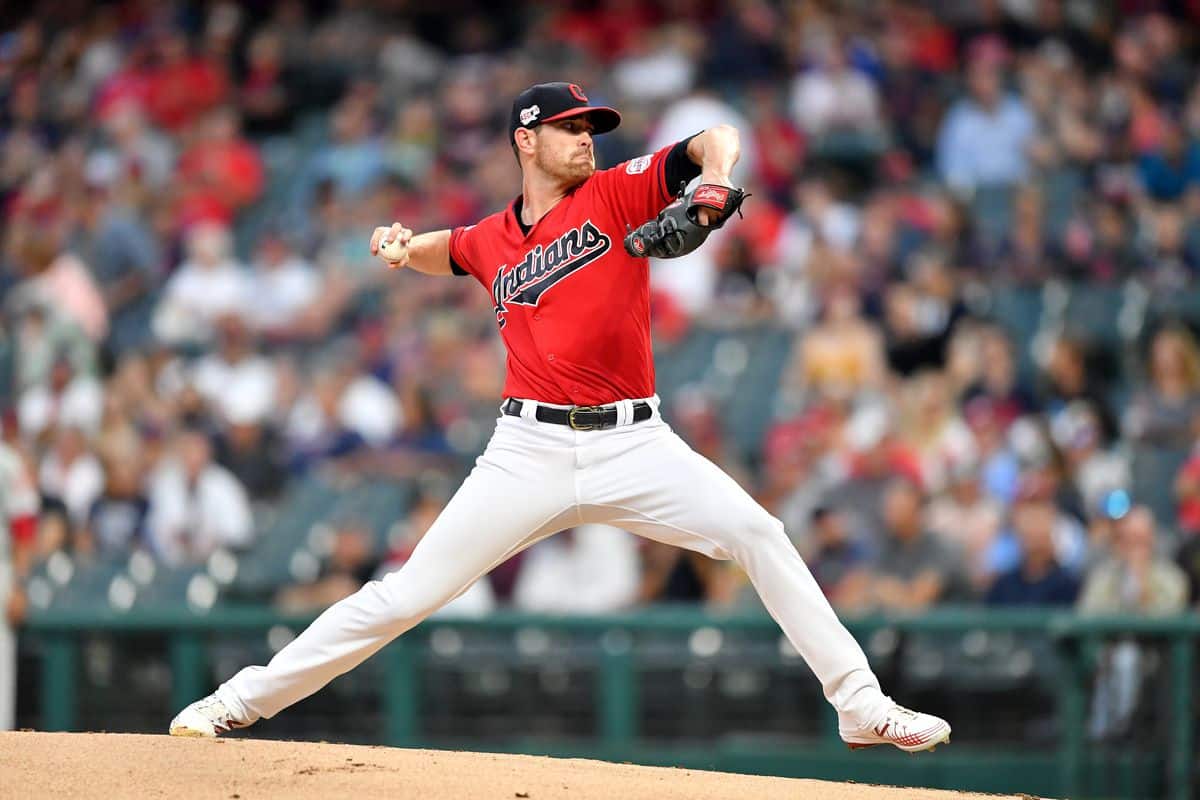 When the 2020 season began, the AL Cy Young race was expected to come down to two guys; the same two that battled it out last year, Gerrit Cole and Justin Verlander. But after one start, Verlander’s season may be done. So, does that mean the AL Cy Young now belongs to Gerrit Cole?

Cole still has excellent odds, but a new favorite has emerged to lead the pack early in the season—Cleveland ace, Shane Bieber (odds via PointsBet.com):

Big things were expected of Bieber when the season began (opening odds: +800).  After pitching over 200 innings last season and recording a 3.28 ERA last season, expectations should be high. He has not disappointed, so far, with two starts in the books (2-0, 0.00 ERA, 27 strikeouts, one walk).

Bieber is not the only guy off to a great start. Lance Lynn (Texas Rangers) has not been scored on yet, has only allowed three hits in two starts (12 innings), and has recorded 17 strikeouts. Tyler Glasnow has yet to factor into a decision (two starts) but has a solid ERA of 3.12, 4 strikeouts, and batters are hitting .133 against him.

Of course, some guys have not gotten off to great starts. Shohei Ohtani got pulled before recording an out in his first start and did not do a lot better in is second (pulled in the second inning). Blake Snell has been unimpressive in his two starts, and Mike Clevinger hasn’t looked good either.

Some of the best pitchers in the AL, so far, have been guys you never heard of or do not have odds at PointsBet.com (yet). Cleveland’s Aaron Civale is second in the AL with 18 strikeouts. Kenta Maeda is off to a strong start for the Twins (2-0, 1.64 ERA, 12 strikeouts, BAA .132).

Spencer Turnbull is doing a good job for the Detroit Tigers, as is Ryan Yarbrough for the Buccaneers.

Gerrit Cole is, of course, the safe bet. While he has yet to record a 10+strikeout game for the Yankees, his numbers are still good. The safe bet would be to trust that the big games will come, and he will become the favorite.

If you are looking to take a chance on someone, Dylan Bundy may be the way to go. He is off to a solid start so far. If he can keep it up and lead the A’s to a division title over the Astros, he could garner a lot of votes.