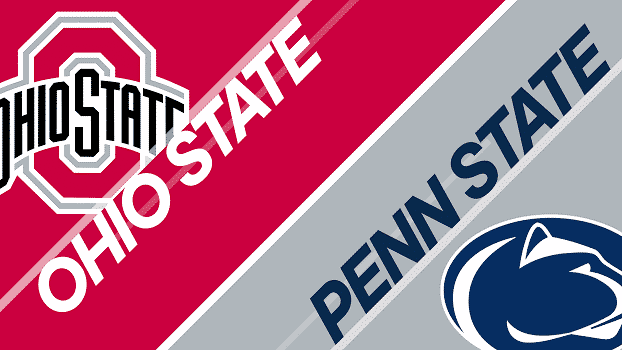 The Big Ten conference returned to play last weekend and the first major game of the year is set for Saturday, October 31, 2020, when the #3 Ohio State Buckeyes (1-0) visit the #18 Penn State Nittany Lions (0-1). Ohio State rolled over their first opponent, while Penn State suffered a painful defeat. This game will air live on ABC at 7:30 p.m. EST.

Below is my pick for the #3 Ohio State Buckeyes at #18 Penn State Nittany Lions. All odds are from DraftKings Sportsbook.

In their opening game, Ohio State hosted the Nebraska Cornhuskers and cruised to a 52-17 victory. This game was back and forth for the first quarter and a half, but Ohio State scored 10 points in the final 3:12 of the second quarter to take a 24-14 lead into the half. Ohio State hit the gas pedal in the second half as they outscored the Cornhuskers 28-3 and were able to put the backups in to end the game. Quarterback Justin Fields was nearly perfect as he went 20/21 for 276 yards, two touchdowns, and added an additional 54 yards and one touchdown on 15 rushes. Wide receiver Garrett Wilson went off for 129 yards and one touchdown on seven receptions.

The Penn State Nittany Lions visited the Indiana Hoosiers in their season opener and suffered a heartbreaking 36-35 loss in overtime. Penn State shot itself in the foot for this entire game and that included the last few minutes of regulation. The Nittany Lions led 21-20 with under two minutes left when they got the ball back in their own territory and the Hoosiers PSU score a touchdown to make it a 28-20 game. If the Penn State running back kneeled before the endzone they would have one, but instead Indiana marched down the field to tie the game up and head to OT. In overtime, Penn State scored first and then Indiana won by scoring and converting, controversially, a two-point conversion. The Penn State offense marched up and down the field on Indiana, but three turnovers cost the Nittany Lions this game.

CFB Predictions: This is the toughest line of the day but I am going to back Ohio State -12.5 on the road.