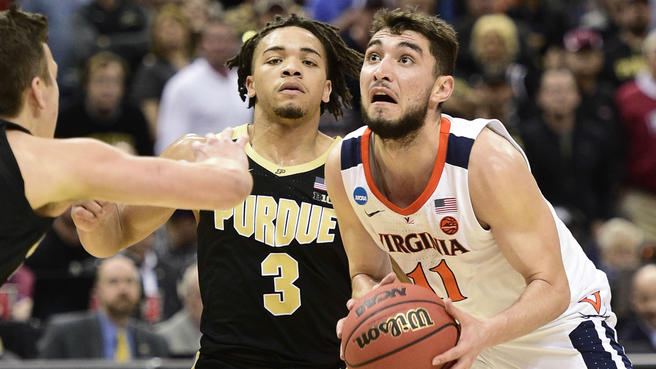 The Purdue Boilermakers (4-3) welcome the No. 5 Virginia Cavaliers (7-0) in a matchup that pits sensational offense against exceptional defense. The game starts at 7:15 p.m. ET on Wednesday, December 4, 2019, and will air on ESPN2.

The Cavaliers come in on a high note after blowing out the Maine Black Bears in their last matchup, 46-26. The Cavaliers held the Black Bears to an effective field goal percentage of 0.244 (below their season average of 0.520). The Black Bears also had a turnover percentage of 31.7 (above their season average of 19.2). Virginia received a boost from Mamadi Diakite, who was the top scorer from either team with 15 points on 6-for-13 shooting.

In the Boilermakers’ previous matchup, they let one slip away to the Florida State Seminoles, 63-60. Florida State’s turnover percentage was their largest strength over Purdue. The Seminoles posted a mark of 15.9 (stronger than their season average of 16.9), while the Boilermakers had a rate of 25.7 (above their season average of 14.4). With 16 points on 6-for-6 shooting, Matt Haarms was Purdue’s high scorer.

This matchup pits one of the country’s top offenses against one of its elite defenses. Dating back to last season, Purdue ranks 11th in offensive efficiency and Virginia ranks fifth in defensive efficiency.