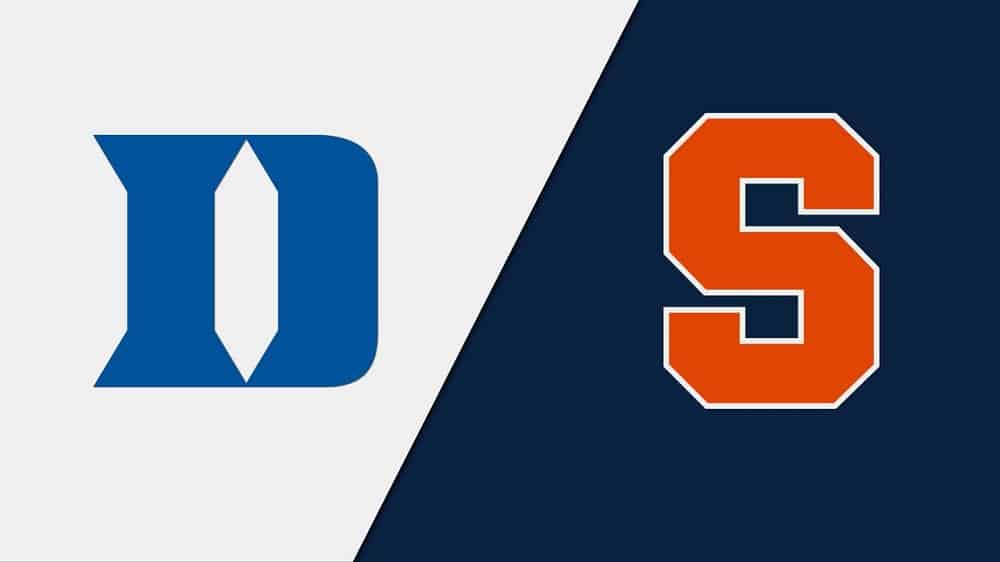 Monday night brings the marquee showdown in college basketball, as the Syracuse Orange take on the Duke Blue Devils at Cameron Indoor Stadium in Durham, so here’s the best betting pick for this Atlantic Coast Conference showdown.

Syracuse meets Duke for the first time this season, and the Orange have won only one of their previous six encounters with the Blue Devils while covering three times in that stretch. Duke opened as a 5-point home fave on BetMGM Sportsbook, while the totals are set at 149.5 points.

The schools are tied for the sixth spot in the ACC, so Monday’s game has high stakes and will be a joy to watch.

The Orange aim for their fourth consecutive victory

The Syracuse Orange (13-6; 7-5 Conf.) are on a three-game winning streak following a 75-67 home win over Notre Dame this past Saturday. They erased a massive 17-point second-half deficit on the back of Buddy Boeheim’s tremendous performance, as junior guard accounted for a career-high 29 points.

The Orange went 10-for-22 from beyond the 3-point line, and Boeheim hit six of those ten triples. Senior forward Marek Dolezaj had a big game, too, tallying 18 points, six boards, and four assists, while sophomore forward Quincy Guerrier added nine points and 14 rebounds.

The Duke Blue Devils (10-8; 8-6 Conf.) are riding a three-game winning streak for the second time this season, as Mike Krzyzewski’s team has had a lot of ups and downs thus far. They are coming off a huge 66-65 home win over the No. 7 Virginia Cavaliers that should be a massive boost for their confidence.

Sophomore forward Matthew Hurt dropped 22 points on the Cavaliers, surpassing the 20-point mark for the third straight contest. The Blue Devils executed well offensively, making 51.0% of their field goals, while their defense stepped up down the stretch and allowed no points in the last 1:59 of the second half.

The Orange use seven or eight players in their rotation but truly lean only on their starting lineup, as all starters average points in double figures. On the other side, Duke possesses more depth, relying on a bunch of freshmen including guard D.J. Steward (12.9 PPG, 4.2 RPG), but Matthew Hurt is their key player.

Both teams have some defensive issues, and I’m looking for a tight contest. The Blue Devils’ bench should be an X-factor, so I’m going with the hosts to win and cover a 3-point spread.

Both Syracuse and Duke play at a steady pace, as the Orange average 69.1 possessions per 40 minutes (123rd in the country), while the Blue Devils record 68.6 (158th). Considering how poorly they’ve been playing on the defensive end, I’ll take the over on the totals.

The over is 5-1 in Duke’s last six games overall, and it is 7-1 in the Blue Devils’ previous eight outings on the home court. Also, six of Syracuse’s last seven road contests went in the over.