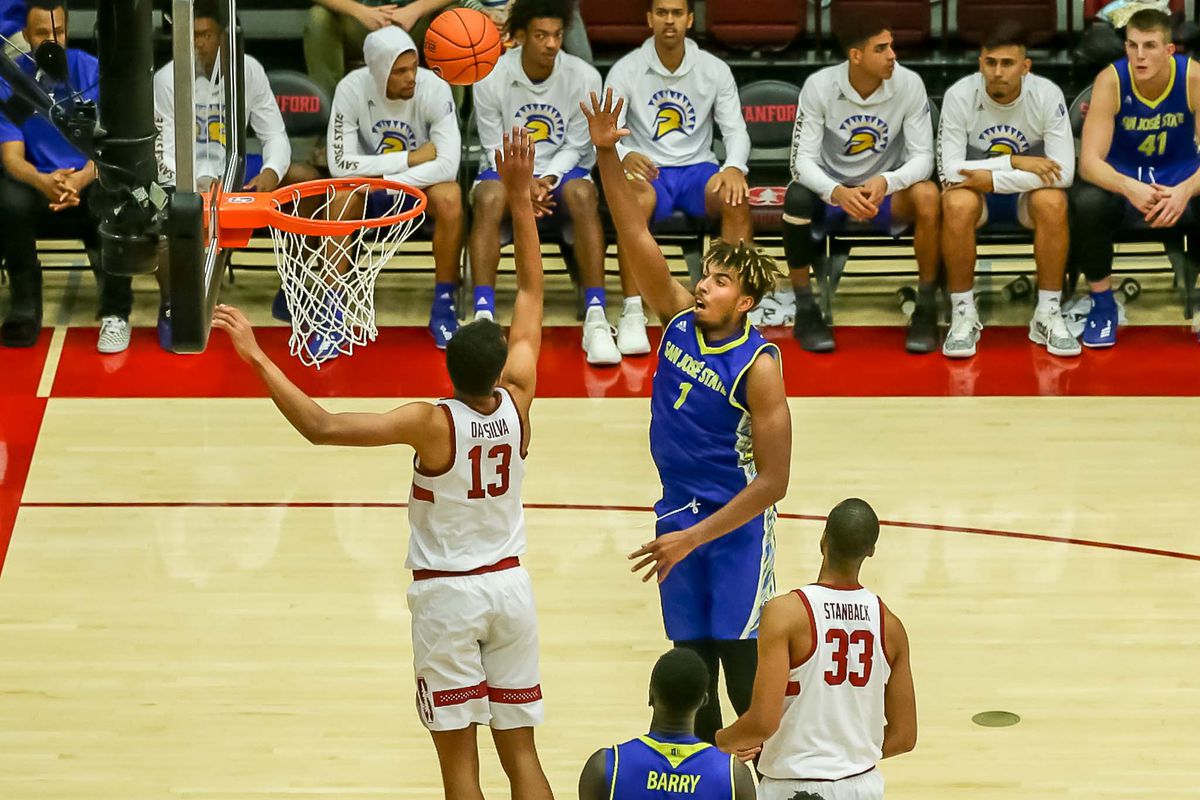 The San Jose State Spartans (3-7) will try to put an end to their five-game losing streak when they take on the Stanford Cardinal (8-1) at Provident Credit Union Event Center. The game starts at 7 p.m. ET on Saturday, December 14, 2019, and will air on CBS Sports Network.

The last time the Cardinal played, they blew out the UNCW Seahawks, 72-54. The Cardinal were 8-11 from the free throw line (72.7 percent), while the Seahawks had a turnover percentage of 21.2 (above their season average of 17.3). With 26 points on 11-for-14 shooting, Oscar da Silva was the game’s high scorer.

The Spartans lost a tough one against the San Diego State Aztecs in their last matchup, 59-57. San Diego State’s free throw rate was their largest strength over San Jose State. The Aztecs had a rate of 0.222 (above their season average of 0.184), while the Spartans posted a mark of 0.127 (below their season average of 0.220). San Jose State’s Ralph Agee recorded 12 points and 10 rebounds in the contest.

The ineffective offense of San Jose State will battle against the top-notch defense of Stanford. Since the 2018-19 season, the Spartans rank 335th in offensive efficiency, while the Cardinal are seventh in defensive efficiency. The Cardinal should have the advantage on that side of the ball.

The Cardinal won the only game against the Spartans last season, 78-73. Stanford’s effective field goal percentage was its biggest strength over San Jose State. The Cardinal had a rate of 0.578 while the Spartans posted a mark of 0.491.