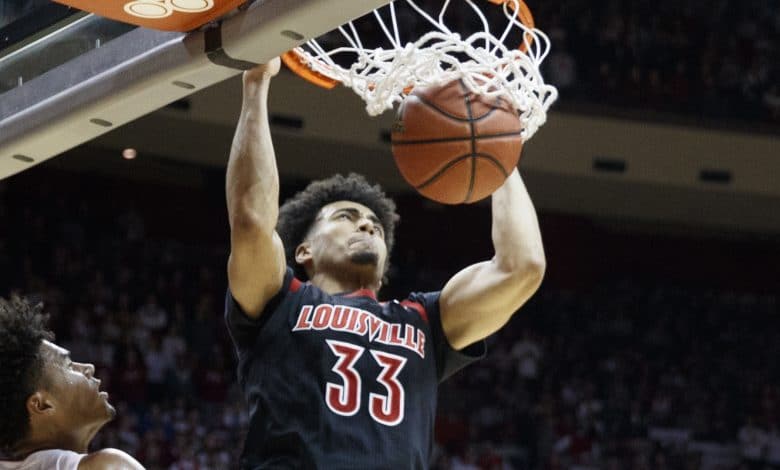 The No. 1 Louisville Cardinals (7-0) welcome the No. 4 Michigan Wolverines (7-0) in a matchup that pits great offense against exceptional defense. The game starts at 7:30 p.m. ET on Tuesday, December 3, 2019, and will air on ESPN.

In the Wolverines’ last matchup, they thoroughly outplayed the No. 8 Gonzaga Bulldogs, 82-64. Michigan’s effective field goal percentage was their biggest advantage over Gonzaga. The Wolverines had a rate of 0.635 (above their season average of 0.611), while the Bulldogs posted a mark of 0.446 (below their season average of 0.580). Michigan rallied around Jon Teske, who recorded 19 points and 15 rebounds.

The Cardinals beat the Western Kentucky Hilltoppers in their last matchup, 71-54. The Cardinals had a phenomenal offensive rebounding percentage of 41.4 (above their season average of 32.8) and had a free throw rate of 0.346 (above their season average of 0.238). Jordan Nwora was the game’s top scorer with 25 points on 8-for-15 shooting from the field.

This showdown pits one of the NCAA’s top offenses against one of its elite defenses. Louisville ranks 42nd in offensive efficiency and Michigan is seventh in defensive efficiency dating back to the 2018-19 season. The Wolverines should be expected to protect the ball well. They rank 5th at avoiding errors (turnover percentage of 15.0 percent). Conversely, the Cardinals have forced the 20th-fewest turnovers in the nation (opponents’ turnover percentage of 16.2 percent).

The Wolverines average 4.3 blocks per game, which ranks 58th in the nation. The Cardinals rank 116th in blocks allowed per game (3.2).