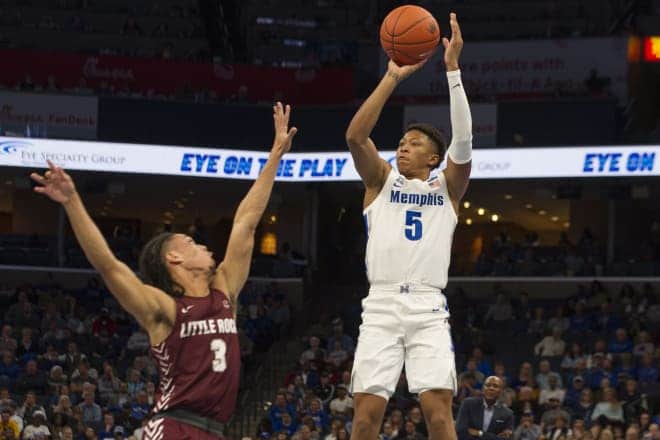 In the Cougars’ last contest, they blew out the Tulsa Golden Hurricane, 76-43. The Cougars made 21 of their 24 free throws (87.5 percent), while the Golden Hurricane had a turnover percentage of 22.7 (above their season average of 17.3). Houston was lifted by Caleb Mills, who was the top scorer from either team with 27 points on 9-for-16 shooting.

The Tigers beat the East Carolina Pirates in their last matchup, 77-73. The Tigers forced 15 turnovers and held the Pirates to an offensive rebounding percentage of 17.1 (below their season average of 28.2). Precious Achiuwa was the top scorer from either team with 24 points on 9-for-13 shooting from the field.

After the Cougars won both meetings against the Tigers last season, this will be the first matchup of the year between these two teams. In the last contest, Houston won 61-58. Houston had a much better effective field goal percentage (0.412 vs. 0.265). Memphis, on the other hand, had a much better turnover percentage (10.2 vs. 16.9).

Points could be at a premium in this showdown between two of the NCAA’s best defenses. Memphis ranks ninth in defensive efficiency (89.1) and Houston is 39th (93.8).

The Cougars average 41.3 rebounds per game, which ranks sixth in the NCAA. The Tigers rank 184th in rebounds allowed per game (35.9).

The Cougars’ average margin of victory in their last five games has been 16.4, up from 10.8 for the season.