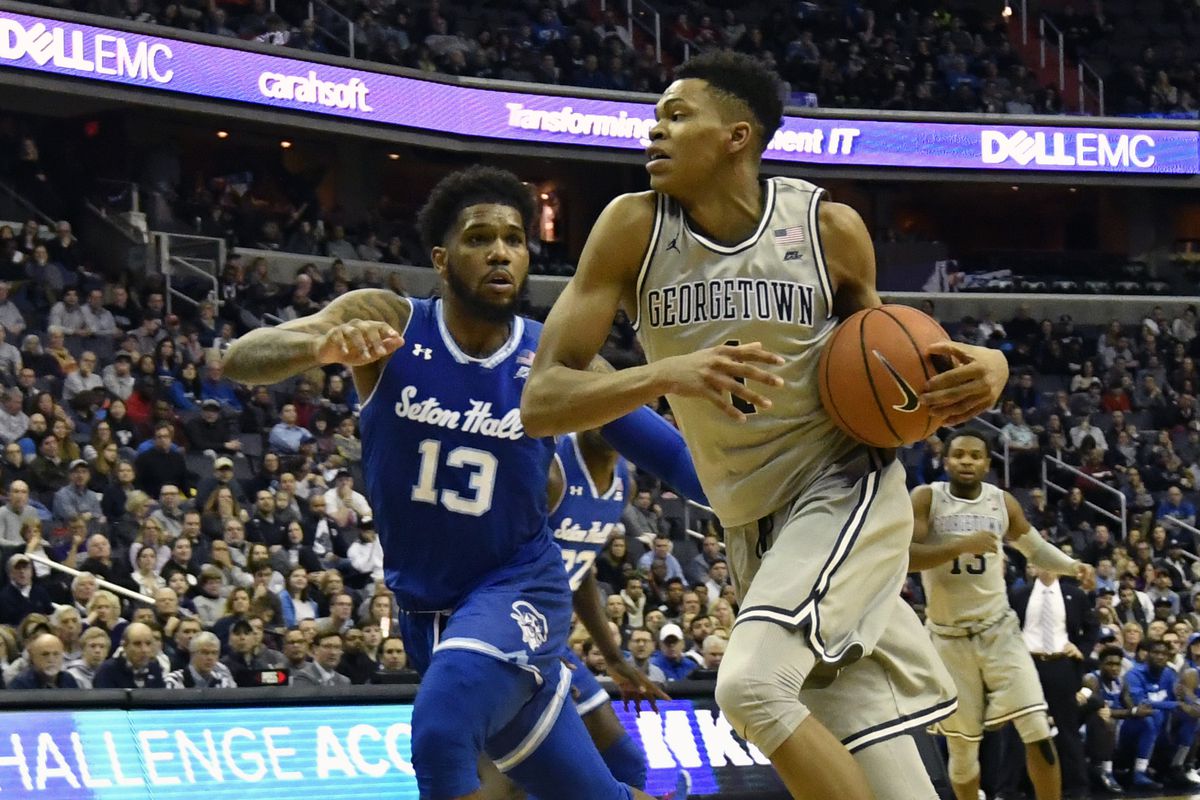 The Hoyas failed to cover as 2.5-point underdogs in their 76-60 loss to the Providence Friars in their last outing. The game’s total points (136) came in under the projected point total of 148. Providence’s effective field goal percentage was their biggest strength over Georgetown. The Friars had a rate of 0.635 (above their season average of 0.468), while the Hoyas posted a mark of 0.430 (below their season average of 0.522). Omer Yurtseven led Georgetown in scoring with 14 points on 6-for-8 shooting.

In the Pirates’ last matchup, they beat the DePaul Blue Demons, 74-66, covering as 1.5-point favorites. The combined points for the game (140) hit the projected point total. One of Seton Hall’s biggest advantages was getting to the free throw line. They had 30 free throw attempts, while DePaul had 20. Myles Powell was the game’s leading scorer with 27 points on 7-for-15 shooting from the field.

Georgetown comes into the contest with records of 10-4 straight up (SU) and 8-6 against the spread (ATS). Vegas tends to set the total low when the Hoyas are involved, as eight of their 14 contests have finished over the O/U total.

Meanwhile, Seton Hall is 9-4 SU and 9-4 ATS. Contrary to Georgetown, Pirates games have a tendency to finish under the total (61.5 percent).

This showdown pits one of the country’s top offenses against one of its elite defenses. Georgetown currently ranks 60th in offensive efficiency and Seton Hall is 47th in defensive efficiency.

Georgetown averages 4.9 blocks per game, which ranks 32nd in the nation. Seton Hall ranks 128th in blocks allowed per game (4.2).

Over its last five outings, Georgetown is 4-1 ATS with 3 unders and 2 overs.

Seton Hall is 3-2 ATS with 4 unders and 1 push over its last five games.

The Hoyas’ average margin of victory in their last five games has been 13.6, up from 8.1 for the season.