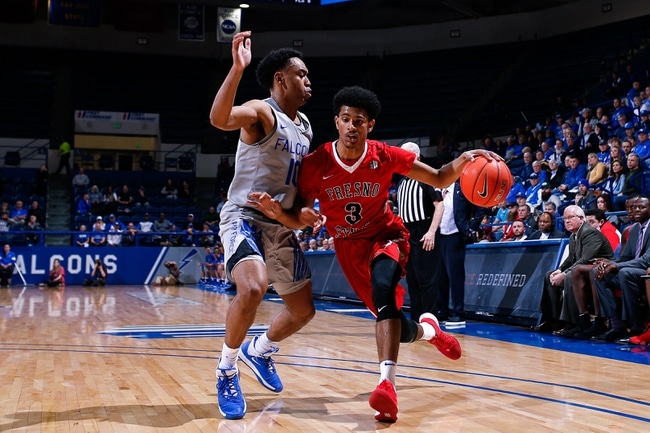 The Falcons are trying to rebound after their 87-74 loss to the Colorado State Rams in their last game. Colorado State’s 0.308 free throw rate was their largest strength over Air Force, who had a rate of 0.193. The Rams’ mark was above their season average of 0.264, while the Falcons’ was below their season average of 0.268. Ryan Swan put together a solid performance for Air Force, recording 12 points and 10 rebounds.

In the Bulldogs’ previous outing, they beat the Wyoming Cowboys, 63-55. The Bulldogs knocked down 17 of their 24 free throws (70.8 percent) and held the Cowboys to an offensive rebounding percentage of 11.1 (below the 27.0 mark opponents have averaged against Fresno State this season). With nine points and 14 rebounds, Nate Grimes played well for Fresno State.

The Falcons’ average margin of defeat in their last five games has been 3.4, up from 1.4 for the season.